As you know, armwrestlers are very strong at various wrists, forearms, and biceps exercises.  And as you will see below, World Champion Arm Wrestlers also lift world class heavy weights.


The 3 men mentioned above are 3 Hall Of Famers, all time greats, former Arm Wrestling Champions of the World and John Brzenk is officially recognized as the greatest armwrestler ever.  Brzenk weights 200 pounds, Patton is 165 lbs, and Phipps is a super heavyweight (243+).

6'1", 200 lbs, 18" right biceps, 16" right forearm
Greatest Armwrestler Ever!!  The Guinness Book of World Records regards him as the "Greatest Arm Wrestler of All Time". 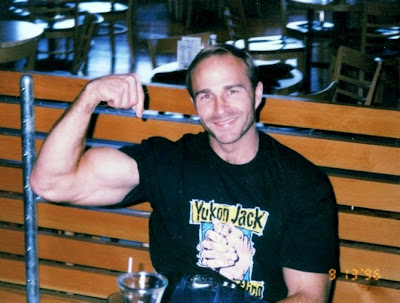