Skip to content
Posted inUncategorized
Posted by By PYGOD June 17, 2021No Comments Then the forever, with the StrengthFighter.com logo right in the middle. 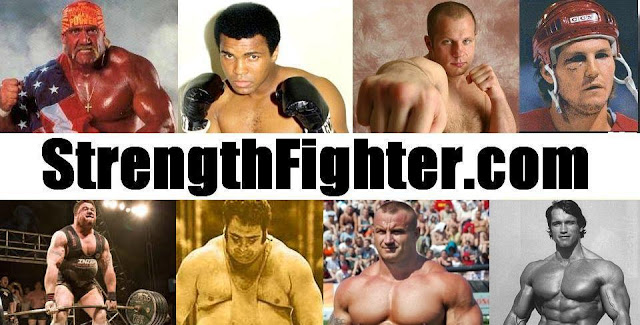 The old banner that I’ve used since 2009, maybe?! The four badasses on top represented the top four GOAT gladiators of their respective Combat Sports.

An hockey goon instead of a kickboxer since kickboxing isn’t much of a thing anymore. Particularly since K1 is dead. ?

And the four musclemen on the buttom represented the top GOAT in their respective Strength Sport.
For a more in-dept look of these 8 GOATs (Greatest Of All Time). Visit the StrengthFighter.com Hall Of Fame.