Skip to content
Posted inUncategorized
Posted by By PYGOD April 21, 2020No Comments Athletes in all sports strive for success, irrespective of the nature of their competition. Any edge they can gain over their rivals can make all the difference and bring them the glory and riches they crave. Of course, the vast majority concentrate on putting in endless hours of hard work, backing up a desire and hunger to reach their ultimate goal.

Unfortunately, however, there are others who choose to try and achieve their ambitions by more distasteful means and look towards the assistance of performance-enhancing drugs (PED’s). Track and field athletics, cycling, and swimming are among the sports that have had high profile names caught out, illegally attempting to improve their chances of success.


Sadly, combat sports are very much at the forefront of this prohibited activity, too, with numerous cases being highlighted in boxing, wrestling, kickboxing, and MMA, despite compulsory random testing being brought in, in most. Many differing agents are taken in varying dosages, often increasing over time, with the anabolic steroids, also called anabolic-androgenic steroids (AASs), right up at the top of the list.


There are over 30 different types used to boost muscle mass, strength, performance, and endurance, with arguably the five top drugs used in fighting sports being: Stanozolol, Nandrolone, Boldenone, Drostanolone, and Testosterone. These substances regularly feature in the tests of fighters, whose results prove positive and subsequently receive a lengthy ban. Typically, their win percentage prior to their enforced lay off would be around 80%, falling dramatically to only just over 40% when returning to the ring, which to some extent, may explain their willingness to indulge. 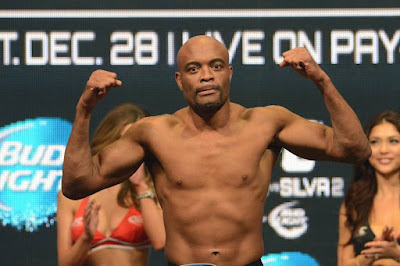 MMA fighters have a short career, so anything that can prolong it, whilst giving them an edge in their fights, can in certain individuals, justify the risk. Anderson Silva is one good example, the former UFC Middleweight Champion, held the record for longest title reign in history and managed to stay at the very top until the age of thirty-seven, which is well above the normal, before he was caught, after failing a urine test and receiving a suspension. That may well have been his first indiscretion, but unfortunately, there inevitably is suspicion that it may not have been.


It has been said many times in the past by leading figures in MMA, tongue in cheek perhaps, that if “you weren’t cheating, you weren’t trying!” A controversial quotation, but possibly one that reflects a tainted attitude. Current officials are thankfully taking great strides to protect the integrity of the sport and pushing it towards a clean and even playing field.


Kick-boxing also has had its fair share of failed tests. Furosemide, Methylhexanamine, Clenbuterol, Methandienone, Clomiphene, Beta-methylphenylethylamine, Methylhexanamine, Ephedrine, Torasemide and Cocaine have all been evident in the positive results and can form an alternative ten top drugs used in fighting sports. The use of PED’s are worryingly on the increase and have come increasingly under the spotlight.


Possibly the most concerning of all of the combat sports, however, is boxing. Premier anti-doping experts have continuously warned that boxers are genuinely in grave danger unless some critical steps are taken to clamp down on the growing trend for drug use in the sport. 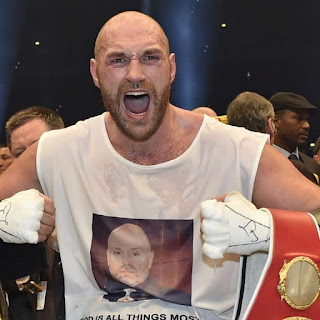 The heavyweight division particularly has had its problems, with positive tests recorded for Jarrell Miller EPO and HGH, Alexander Povetkin for Meldonium and Ostarine, Dillan Whyte for Methylhexaneamine and Luis Ortiz who had traces of Diuretics Chlorothiazide and Hydrochlorothiazide in his system. Even Tyson Fury had a fight canceled after failing a test for cocaine.


The additional aggression and strength that steroids give to boxers, especially at highest weight, could lead to an opponent receiving a devastating and lethal blow. If such an event occurred, then the offender may well find themselves with a criminal charge and legal proceeding brought against them.


There is, undoubtedly, a possibility of human error. Perhaps a fighter may take something unwittingly, or maybe could have taken something prior to it appearing on the banned list, but in many cases, there is a genuine attempt to cheat their way to victory.


It should be fairly obvious, but if anabolic steroids are improperly used, then the individual opens themselves up to some very serious health problems. The list is endless but basically can effect pretty much all parts of the body, in one way or another, from mild problems to life-threatening. There can be simple appearance changes, with rashes on the skin, swellings, and even hair loss, plus possible mood swings, psychotic episodes, violent behavior, depression, and a lowering of the immune system.


Additionally, common side effects include nausea and vomiting, headaches, diarrhea, muscle cramps, tendon and ligament injuries, and problems sleeping. There are likely to be fundamental effects on hormone levels, which can create temporary infertility problems and a drop in sex drive.


More seriously, there can be an impairment of the liver function and high blood pressure, with the potential for coronary heart disease, blood clots, or a stroke. The risk of cancers developing also increases, in particular in the prostate. Continued abuse of any of the top drugs used in fighting sports, very often will lead to physical addiction, which will then necessitate a strict and supervised withdrawal program.


It is very probable that any fighter, or indeed any athlete for that matter, will be totally unaware of the level of risk that they are putting on their bodies when they start taking the drugs. They may well be acting on advice from influences, supposedly looking after their best interests. The financial rewards, especially at boxing’s top-level, are staggering, and as a consequence, a win at all costs mentality can easily override common sense.


Athletes from any sport that are caught using steroids normally will suffer a period of public humiliation and reprehension. Their media coverage will initially be negative, before dropping off completely. Sponsors will drop them like a stone, massively reducing income, which will also disappear from competition whilst a ban is served.


With better education, not just for the fighters but the trainers and promoters too, hopefully, the message will get through, and everybody can concentrate on a good clean fight.

The Perfect Drug Cycle To Create A Perfect Fighter