Initially,
He had to shrink his muscles to be a “sellable” movie star.

His Hollywood weight was 220 lbs. 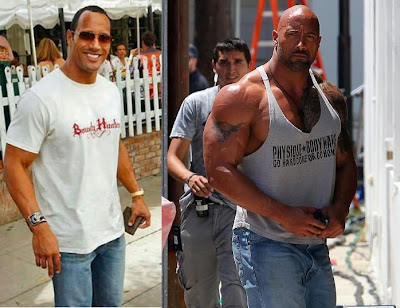 I wouldn’t be surprised that the girls prefers the normal looking version of The Rock instead of his now superhero muscle body.
But one thing for sure, most guys envy his current shape. 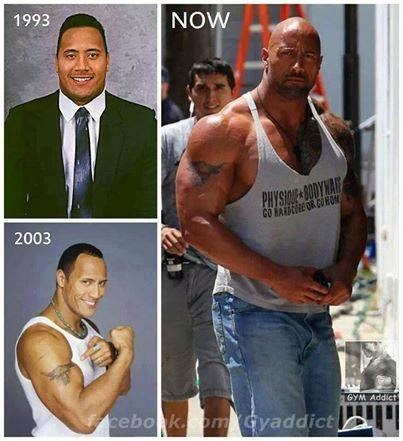 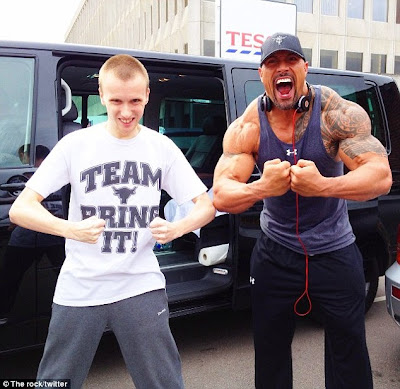 Forget the midgets IFBB pro bodybuilders, The Rock is one of the most impressive men I’ve ever seen.  He is so humongously big and lean!!! 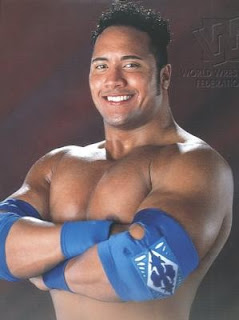 The Rock Duane Johnson at 24 years old known as Rocky Maivia in his early WWF tenure in 1996.  Believe it or not, he was hated in his early WWF run.  He was instructed to smile as much as he can.  Though pushed as a babyface (fan favorite), he was hated and chants of “Die, Rocky, die!” and “Rocky sucks!” were common during his matches.  Maybe he was trying too much?  Who would have predict that this boring babyface would become one of the greatest wrestling entertainer of all time?  Not me. 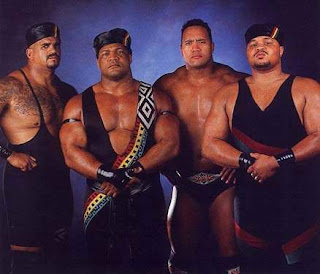 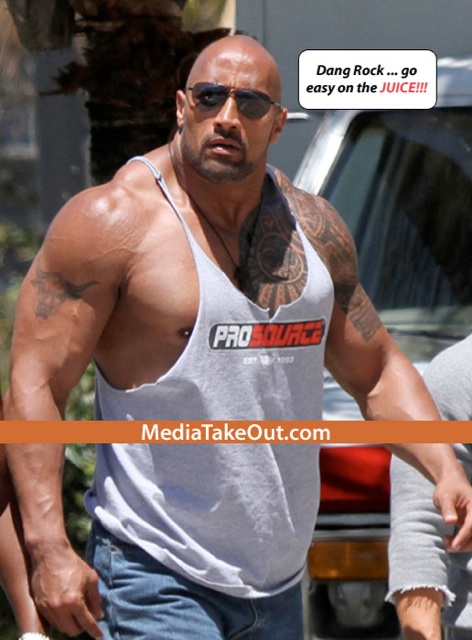 STEROIDS?!?
The Rock admitted using steroids years ago in the WWF.  Wrestled with a shirt on for several months during the Attitude Era to hide his bitch tits / gynos.  Got a surgery to remove them, which was billed as a tits liposuction!?!  Bullshit!!!  Liposuction are done mostly to remove “love handles”, not fat of the pectorial era!!!

Anyway, currently, The Rock’s training routine is high intensity and he religiously follows a strict diet.
Is he on steroids right now?  Make up your mind! 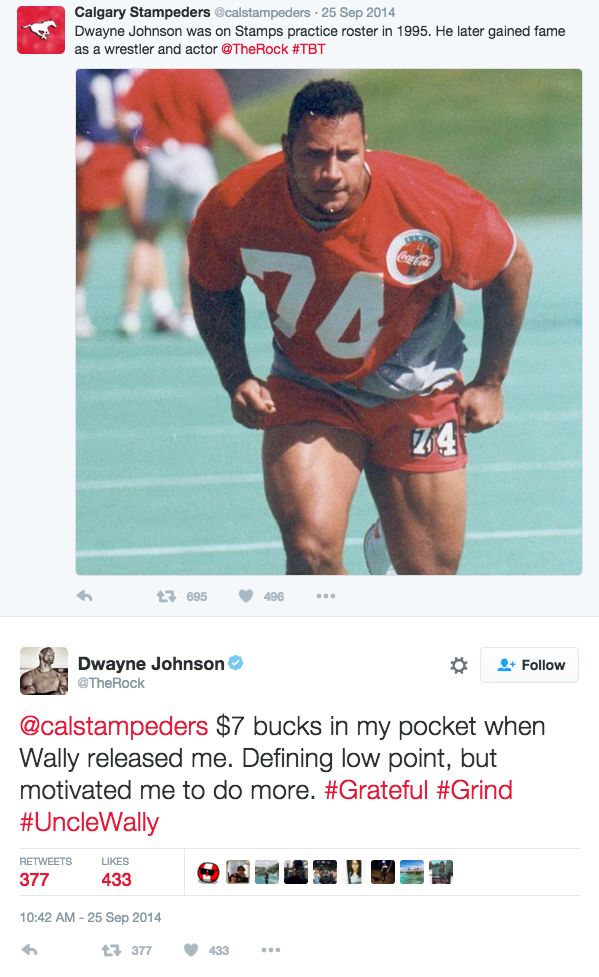 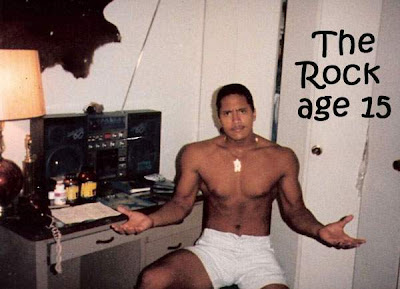 The Barbarian on Lee Haney program