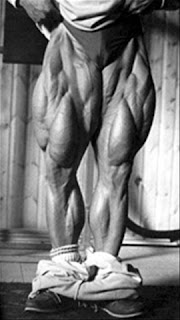 ﻿﻿For those like me who believed that Tom Platz’s legs were naturally huge.
Think again.

Tom Platz trademark has always been his freaky huge and developed legs.  His legs are so freaky big that it look like a photoshop work!  He was appropriately nicknamed “Quadzilla”.
“The God Of Legs” Tom Platz is also known as a God of the Squat lift.
His leg training was all about high intensity, hig reps, and high weights.
﻿
“Platz became famous for his remarkable leg development. He developed a high intensity, high volume method of leg training, which led to his unparalleled size and definition for his time. Regardless of what was found lacking elsewhere, it is still widely claimed in bodybuilding circles that Platz holds the mark for the best legs in bodybuilding of his time and some of the best legs in bodybuilding ever. Flex readers agree: In a “best bodyparts of the 20th century” poll, Platz was deemed to have the best quads and hamstrings of all time.” wiki 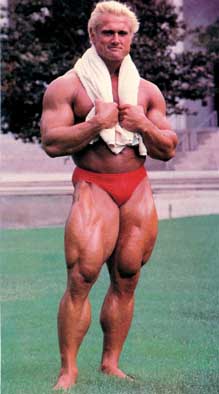 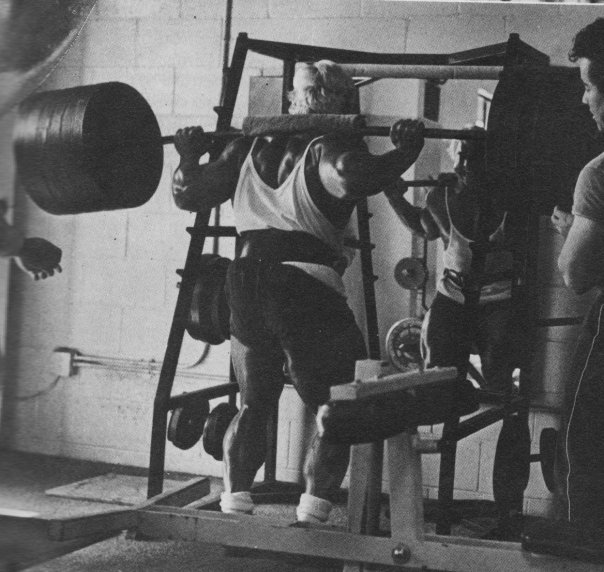 An unbelievable feat of strength for such a “small” man. He does 23 deep squat reps with 500 pounds easily!!! 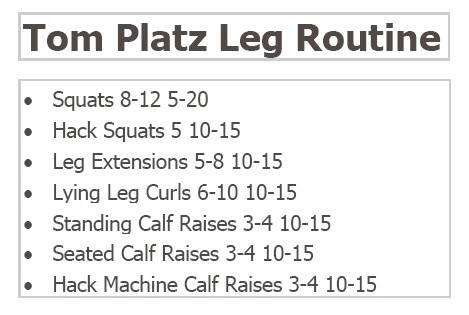 plus cycling 20 miles back home…
That’s the other version of Tom Platz leg training routine. 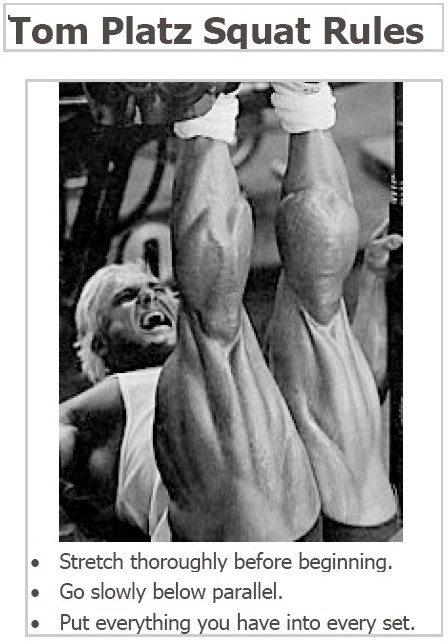 In the Joe Weider and Bill Reynolds ‘s book “The Weider System of Bodybuilding”, Tom Platz was billed as doing 20 reps Squat with 600 pounds (273 kg) and 10 reps with 700 pounds (318 kg).But just like in pro wrestling, Weider was notorious for exaggerating the exploits of his bodybuilders to make them look like superheros. 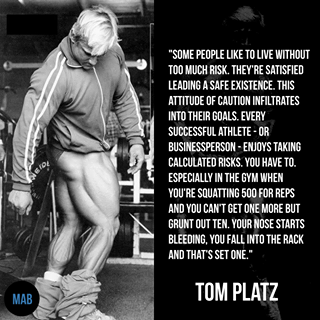