Skip to content
Posted inUncategorized
Posted by By PYGOD January 17, 2014No Comments

Rockstar Scrub blah, blah, blah… The audience booing loudly for good reason.  The most prestigious night of all professional wrestling, MY ASS!  Then introducing millionaire MILF Dixie Carter with her silly country music entrance… The booing got louder and louder…  The undisputed TNA World Heavyweight Champion Magnus for more boring, time-filling, blah blah blah…
Bromans, DJ Zema Ion, Bad Influence, Bobby Roodes, Gail Kim, and Lei’D Tapa are invited to celebrate in the ring for their help in the Magnus last week victory versus A.J. Styles… Now EC3 aka Ethan Carter III for more time-filling crap… Then Stink AKA Sting came in to stop that pointless 15 minutes of wasted time.
Oh no! It’s ain’t over!  Sting with some more boring blah, blah, blah… zzz  Awake me when it’s over, please!

EC3 nervous to face Sting getting some support by TNA champion Magnus…  This backstage crap sucks so much!

Bully Ray vs. Misteeeeeeeer Anderson (no DQ match)
Outch! Mr. Anderson missed a senton bomb and landed into the steel guard rail.  Stop the bullshit with the fuel and the lighter and put that fuckin’ table on fire!!!! Bully Ray defeated Mr. Anderson in 9:34 with a piledriver.  It was a good match! The only match worthing something here.


Another pointless time filler savourous backstage segment: Kurt Angle attacking a security guard searching for Dixie.  Kurt Angle had with a wedding ring on his finger?? Maybe he miss Mrs. Jarrett so much!!

TNA Women’s Knockout
Champion Gail Kim (with Lei’D Tapa) vs. Madison Rayne
Lei’D Tapa attacked Madison Rayne outside the ring and was caught by the referee who forced her to leave… Madison Rayne defeated
Gail Kim in 4:06.

Two no-name ass clowns backstage said to Dixie that they were signed by a new TNA investor…  Maybe it is Billy Corgan from Smashing Pumpkins (no joke!)


Sting vs. EC3 (with Rockstar Spud as special guest referee)
EC3 won over Sting in 4:53?!!?  Thankx to a very fast count by Magnus who replaced Rockstar Scum as the referee???  Pure stupidity!!

26 minutes of wrassling in a 2 hours boredom. This TNA Genesis wasn’t different from any other TNA iMPACT…  Boring! 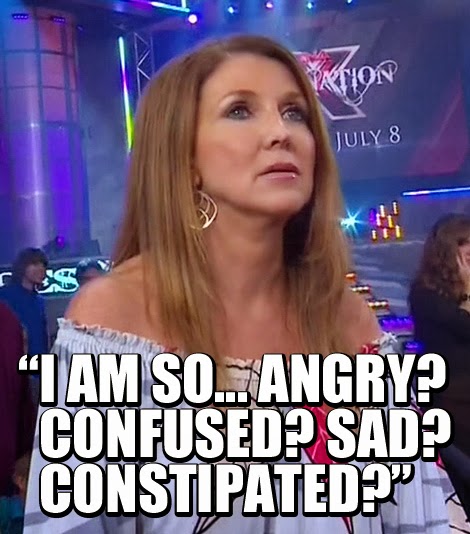 I can tell you the next week results of this two episodes pre-taped TNA Genesis.  But I won’t!  I will let you the surprise!!!
TNA iMPACT Wrestling / Genesis results part 2