Skip to content
Posted inUncategorized
Posted by By PYGOD November 25, 2014No Comments “The Man with the Golden Left” and “The Hammer” were originally the nicknames given to pro wrestler Bart Gunn (real name Mike Polchlopek) after he knocked out three of his four opponents in the WWF Brawl For All 1998, an ill-conceived Toughman / MMA / Boxing elimination tournament between pro wrestling tough guys. Thanks to his legit KO victory over hardman “Dr. Death” Steve Williams, Bart Gunn founds fame in Japanese pro wrestling federations under the name of Mike Barton “The Man with the Golden Left”. Then in 2006, Bart Gunn AKA Mike Barton ventured into the MMA world cumulating a record of 1-1 against well-known fighters.


Now enough of this Bart Gunn, the man I want to introduce you is our best local product.
He is a hockey enforcer with a total of 140 Fights.
He is a pro boxer with a record of 4 wins – 0 loss – 1 draw and 3 KO.
He can knock you out with one-punch.
He is a southpaw.
His name is Guillaume Coudé.
He is the Pride of Saguenay.
He is Chicoutimi’s favorite son.


Inside of one month, he needed only one punch to knock out cold each of his two opponents. One in an hockey game and the other in a boxing match. Same result, The Golden Left Hammer smashed twice.

ONE PUNCH  ONE KILL 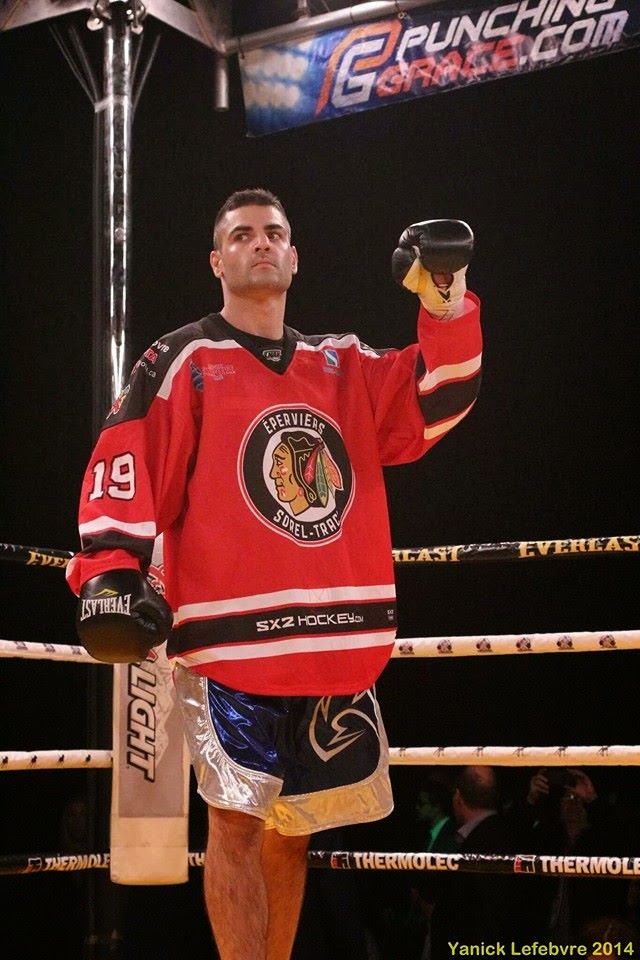 Guillaume Coudé
is the man with
The Golden Left Hammer

The Evolution of BodyBuilding