Skip to content
Posted inUncategorized
Posted by By PYGOD July 28, 2013No Comments 3MB air guitarist and “future world champion”, as said by Vince McMahon himself, Drew McIntyre goes even deeper and deeper into mediocrity losing against Sin Cara.

Vince McMahon’s “Chosen One” and “future World Champion” was defeated by a midget!!!! 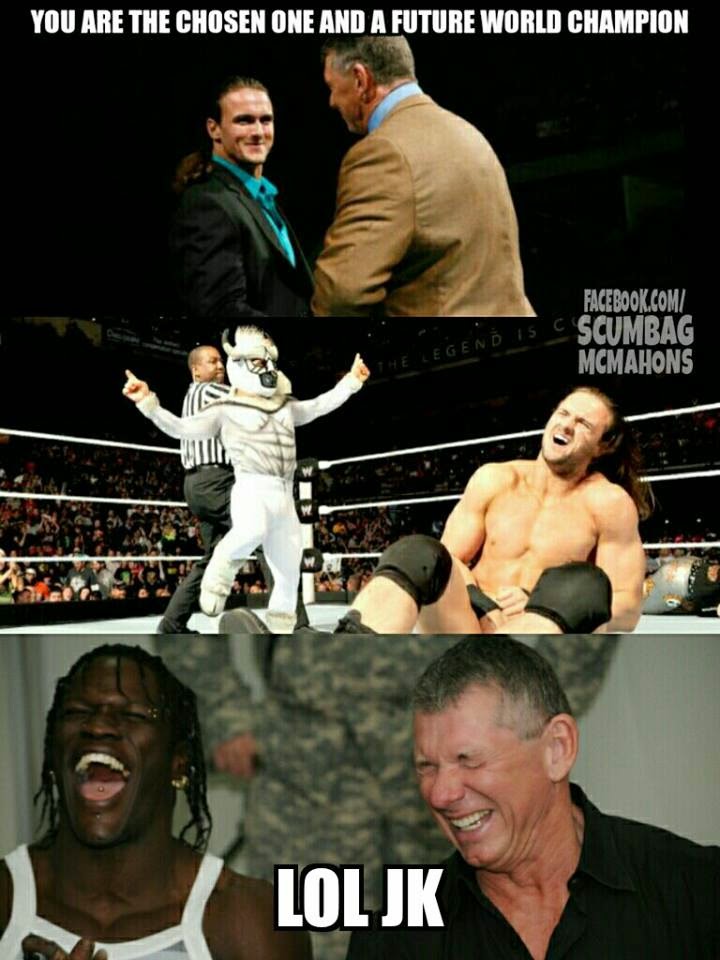 Months after his release from the WWE. Drew McIntyre commented on being Vince McMahon’s “Chosen One” in WWE:
“That has never happened before and will never happen again, Vince endorsing someone like that. I could never be unhappy in the WWE. No matter what they give you. As a kid, I’d have been happy to be Dumpster Droese. But I have big goals. After Vince said what he did, I was always planning on being the best in the world. I’m not happy if I’m not being creatively fulfilled and contributing what I know I could.”