Skip to content
Posted inUncategorized
Posted by By PYGOD April 25, 2015No Comments

“come as you are, anything goes” 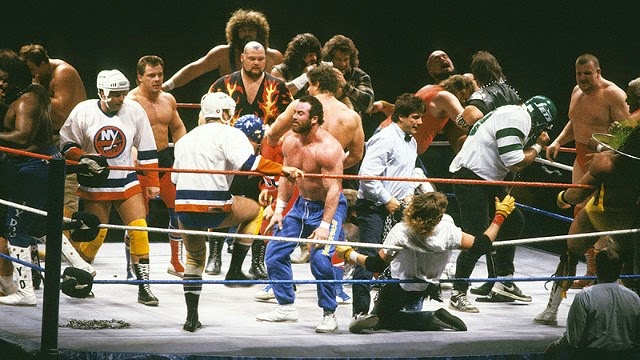 This was featured in the WWF Magazine that hits the stands around January 1988– and the match had taken place sometime in October 1987. It was billed as a “Bunkhouse Stampede”, where wrestlers were allowed to bring weapons or wear unusual garb.


The worst dress award is for Greg “The Hammer” Valentine who wore a black speedo and a tight white wifebeater. A perfect choice of gear to go to a Saturday night barroom brawl. lol


Jimmy Jack Funk broke his hand while punching Lanny Poffo on his helmet.
Jobber Scott McGee injured himself and left on a stretcher.