“WWE always listens to their fans”  WHAT?


“Best for Business”  MY ASS


Is the WWE Authority anti-Daniel Bryan for real?
Or is this all part of an elaborate angle?


Hopefully we will know a little bit more tonight! 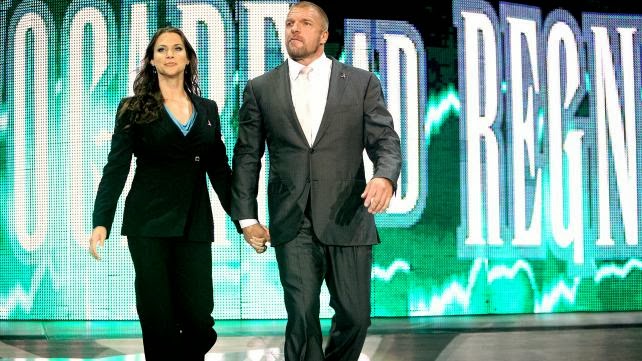 Tonigh Raw starts with The Authority (Triple H & Stephanie McMahon). The power couple plays perfectly the part of the corporate a-holes. Stating that last night Royal Rumble was “the most satisfying, epic Royal Rumble in history.”  That Randy Orton retained his title, that Brock Lesnar destroyed The Big Show, and that their good friend Batista won the Royal Rumble. Triple H forgets to mention that his good friends from D-Generation-X won the WWE Tag Team titles… Daniel Bryan comes to the ring… “YES! YES! YES!” and “Daniel Bryan” chants… Oups! The Shield came to kick Daniel Bryan’s ass!! Bryan takes a steel chair as an equalizer… The Shield attacks him but “The Albinos Warrior” Sheamus and brown-nose John Cena chases The Shield away.

Maybe this anti-Daniel Bryan campaign is all part of a long and elaborate angle. If it’s the case, it seem to work well. The ultimate underdog Daniel Bryan vs. the evil Authority.

#Bad News Barrett saying that Cleveland is a town of losers. 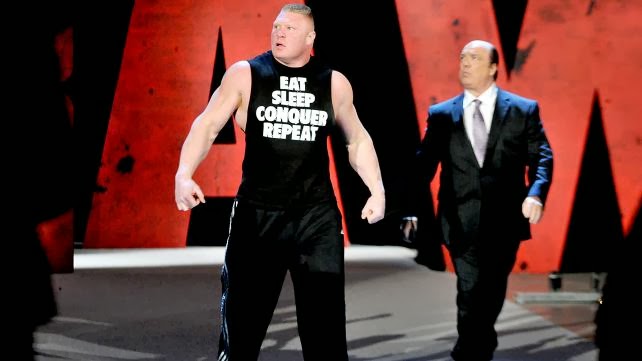 The Battle Of Cleveland”: The Miz vs. Dolph Ziggle
Dolph Ziggler wins.

Ryback & Curtis Axel vs. The Usos
One of the Usos covers Ryback for the win. Ryback is very far from his monster heel, undefeated streak, debut!!

WWE Tag Team Champions New Age Outlaws vs. Cody Rhodes & Goldust
15 years between both title reigns for the New Age Outlaws… The match is interrupted by the presence of Brock Lesnar. The New Age Outlaws intelligently leaves the ring. Lesnar F-5 each of the Rhodes brothers then smash the shit out of them with a steel chair.  I’ve almost get an hard-on watching this!

After The Ultimate Warrior, Jake “The Snake” Roberts is the second inductee into the WWE Hall Of Fame class of 2014.