Skip to content
Posted inUncategorized
Posted by By PYGOD November 11, 2014No Comments

Another push for Ryback

The Authority’s Survivor Series blablabla… Mark Henry is on their team.


Ryback crushes Cena… They both gonna face up in the main event.


Seth Rollins vs. Jack Swagger
The crowd is loud and awesome!
Seth Rollins wins.
No surprise there! Rollins is the heel you love to hate!


After months of jobbing, Ryback thinks he can win a match by himself. lol

U.S. Champion Rusev vs. Sheamus
Rusev won the US title last week on a match after Raw… Another desperate attempt to get new members to their 9.99 WWE Network.
The stupid Sheamus interrupts the Russian anthem…
Rusev wins by count out. Thanks to the interference of The Authority security (Mercury & Noble). So it’s clear that Rusev gonna be in Team Authority at Survivor Series. 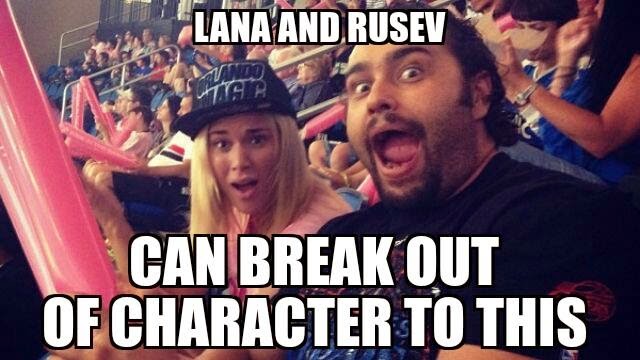 
Mark Henry vs. Dolph Ziggler
Dolph Ziggler wins by disqualification when Mark Henry throws a steel chair in his face. Big Show comes to his rescue after the match.


Divas Champion AJ Lee vs Brie Bella
AJ Lee wins. The Bellas are so useless!! However they are fuckin’ hot!!


Grumpy Cat next monday on RAW??


Adam “The Faggot” Rose vs. Tyson “The Jobber” Kid
It’s a miracle! Tyson Kid aka Nattie’s husband wins. Thanks to The Bunny. We want The Bunny as a wrestler!!


Time filling Bray Wyatt promo. The crowd doesn’t give a fuck! So do I.


John Cena vs. Ryback
It’s evident that musclehead Ryback will screw his alliance with The Authority.
Another prediction, we won’t know who is the fifth member of both team. They gonna keep it for Smackdown.
Superman Cena wins (as always) by DQ when Kane attacks him.


To make a long story short, the very Big Guy Ryback mades a Randy Orton out of himself and attacks the entire Authority Team.


Backstage, Luke Harper offers the destroyed Dolph Ziggler to Triple H and Stephanie, telling them that he is a team player. Disbanding The Wyatt Family… What a silly idea!


P.S. (It was about time that they try to do something with the huge Ryback. No matter how lame and boring he is. Ryback has a one million dollar physique and look.)