Skip to content
Posted inUncategorized
Posted by By PYGOD May 6, 2014No Comments 20-Man Battle Royal to steal Dean Ambrose U.S. Championship that he never defended anyway
Thanks to The Authority. Jobber Santino eliminates former World Champion Dolph Ziggler with the stupid childish cobra??? Huge booing from the crowd for good reason.
A strong showing for Dean Ambrose who survives til the end, til being eliminated by Sheamus who is the new United States champion.

COO Triple H announces a 6-Man Tag match: The Shield vs. The Wyatts.


Rob Van Dam vs. Cesaro w/ Paul Heyman
Cesaro is disqualified when he viciously pummeled RVD who was caught in the ropes. Heyman tells Cesaro to stop before getting suspended??? Who’s get suspended in the WWE?? 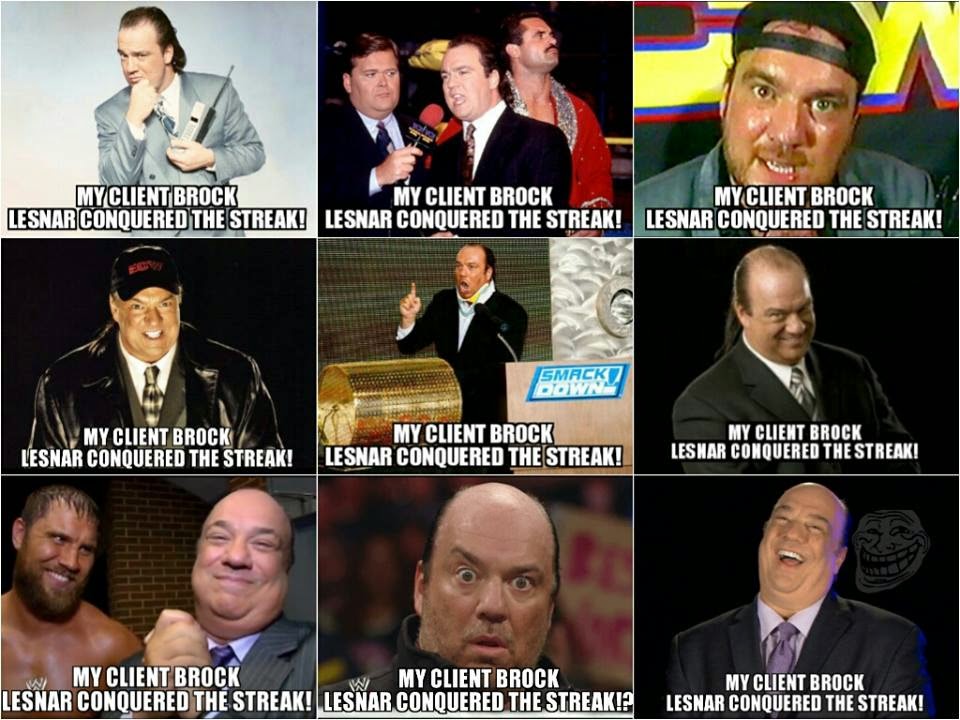 Bray Wyatt in-ring speech… He says he became somebody last night by defeating John Cena. John Cena was defeated by a child. Yes it was ridiculous. The world must be burn and reborn in the image of Bray Wyatt??? An ambitious project for Bray Wyatt.

Daniel Bryan and his wife Brie Bella are about to leave in their car as suggested by Stephanie McMahon. But the witch Stephanie appears from nowhere to tell Bryan that he must defeat his title right now or he will be stripped of his title….

Oups! Kane’s entrance music. Daniel Bryan escapes with his wife to protect her.  The fuckin’ car doesn’t start… Kane is in the back seat grabbing Brie who is in the front seat… Brie is screaming… Brie screaming… Daniel Bryan starts his car with Kane on top… Kane fell on the concrete… Kane won’t die… Shut the fuck up Brie!


A special Mother’s Day message from Mr. T
What a good idea. I’m serious! I love my mother.

Zeb’s deportation list! WHAT? Cesaro, Heyman, Emma, Santino, Sheamus, Paige… Good choices Zeb! They are interrupted by the Exotic Express and the very gay Adam Rose. Zeb is disgusted for good reason. I am too!
Jack Swagger throwing himself out of the ring trying to attack Adam Rose… Adam and his bunch of dorks dance like a idiots in the ring. What a ridiculously shitty gimmick.

Wyatt Family vs. The Shield
Seth Rollins can fly! His aerial assault is really impressive!
Thanks to the distraction of Evolution, Bray Wyatt pins Roman Reigns and the winner are the Wyatts.
However, Evolution destroys The Shield after the match.