Skip to content
Posted inUncategorized
Posted by By PYGOD January 9, 2013No Comments

Brock Lesnar said Kane was the strongest guy in WWE in 2002.

Taken From Dymatize Nutrition Magazine:
“At one of the events, the guys in the back were all testing their strength through arm-wrestling and ‘mercy’. Most of them were there to ‘impress the divas’. I remember running through all of them, even Paul [Big Show], who had bananas for fingers. The only guy I remember being stronger than me and it pissed me off because I hated not being first, was Kane. No one in the WWE was as strong as that guy. Trying to slam his arm down was like trying to push over a tree with one arm.”

But as you probably know, arm wrestling is far from being the ideal test of overall strength. 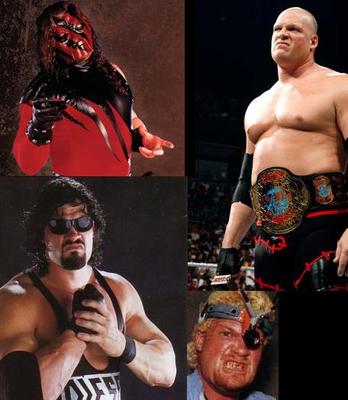