Skip to content
Posted inUncategorized
Posted by By PYGOD April 2, 2012No Comments

World Championship match: Sheamus vs. Daniel Bryan
First of all I was very proud to realize that the undersized, blank, and boring Daniel Bryan was appropriately squashed in 18 seconds by Sheamus. I don’t care that Daniel Bryan is considered by many as the best technical wrestler of the world. Bryan has no place to be a wrestling world champion since he doesn’t even look like a wrestler. Would the WCW put up the World title belt around the waist of the gifted Dean Malenko? Never in a thousand years even if Dean Malenko was rated number 1 in the yearly PWI 500. 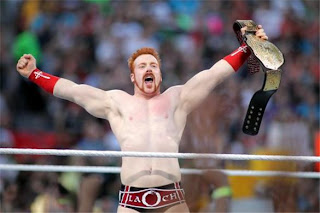 Observing things as it goes in the “new” WWE, Sheamus seems to be on his way to become the new Hulk Hogan. Behing Irish themselves, the McMahons always wanted to have a full-blooded Aryan white race Irish world champion. Already in 1979, Vince McMahon Sr. saw a lot of potential in the monster-sized Hulk Hogan wanting to transform the huge blond sun-tanned Californian into an Irish champion. McMahon Sr. gave Hulk his last name Hogan (an Irish name) and ordered him to dye his hair and moustache red. Which the Hulkster refused.

At a very legit 6’4″, 267 lbs and a tendancy to squash his opponents, Sheamus have everything to be “The Next Big Thing”. Being a legit full-blooded Irish, the Dublin, Ireland native is pasty white with red hair and beard. Sheamus is wrestling’s answer to boxing’s “Great White Hope”, Don King’s wet dream.

﻿ Randy Orton losing to Kane??? WTF? After years of inconsistency and semi-jobbing, the old and tired Kane defeated Randy Orton, one of WWE’s hottest commodity. What are those fucking pencil-pushers are smoking?

Kane got the classical WWE’s big man treatment from the recent years. They start as unbeatable and unstoppable monster heel squashing everybody in their path. Then they begin to lose more often than they win. Then, if lucky, they return to main-event status. Look at the WWE’s career of Big Show he came back and forth between dominant unstoppable monster to mid-card jobber. Great Khali, 7’7″ Giant Gonzales, Umaga, Viscera all started their WWE’s career as monster/squasher to finish as oversized jobber. Mark Henry is another example of the Kane syndrome. After more than a decade of underachievement, mediocrity, and mid-card jobbing, Mark Henry became the World Heavyweight Champion?!!?

Anything is possible in the weird world of WWE right now!

The Rock vs. John Cena 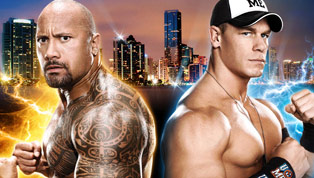 Reviewed as a classic dream match, I’m sure. But what the hell with the result?? The Rock cleanly defeated John Cena after half an hour of high impact entertainment. My point here is why did the WWE permitted than The Rock, a legendary but retired wrestler turned movie star with no desire to return full-time to the WWE defeating WWE’s biggest star John Cena??? The Rock rtired from full-time wrestling in 2003, almost 10 years ago, and now he come back and defeated multiple times World Champion and full-time wresling superstar John Cena?!?

Let me put things in perspective in the real world. What about a Mike Tyson coming back to KO’d Wladimir Klitschko to regain the World Heavyweight Boxing Championship. Impossible! So to keep things realistics, “The Rock” Dwayne Johnson should have lost a hard fought, highly entertaining 30 minutes match to John Cena. Making John Cena (this decade number 1 wrestler) losing to The Rock (the top wrestler ten years ago) is just a devaluation and a downgrading of the WWE product. The only logic explanation I see is a contractual’s stipulation in The Rock’s contract making him the winner of the match.