Skip to content
Posted inUncategorized
Posted by By PYGOD December 29, 2013No Comments

Bad news for those who bet their house and left kidney on a “100% sure” victory of the “invincible” Anderson Silva. 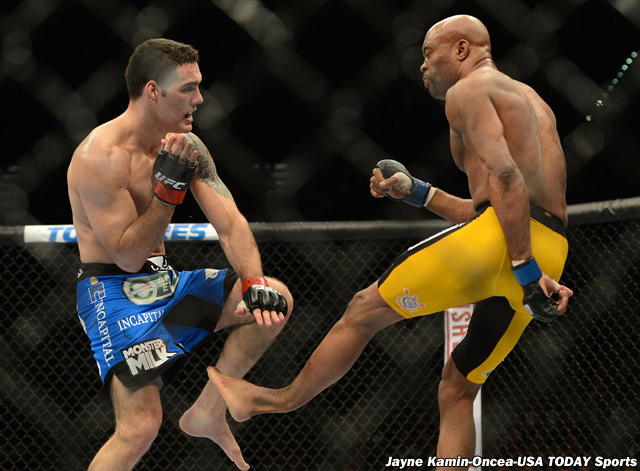 It was gruesome to see… Holy fuck it must hurt!!

Chris Weidman silences the critics who claimed his first victory was a fluke.

Chris Weidman KOTFO of Anderson Silva 1:18 into the 2nd round of their July 6, 2013 UFC Middleweight Championship match at UFC 162.

Chris Weildman broke Anderson Silva’s leg 1:16 into the second round of their December 28, 2013 UFC Middleweight Championship match at UFC 168.

Don’t tell me it was an accident!  The truth is that Anderson Silva can’t survive 2 rounds against Chris Weildman.  And you must admit that Chris Weildman is the better man.