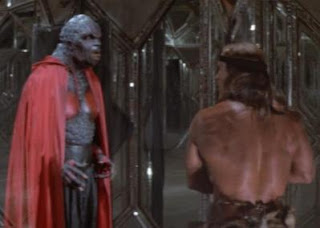 Who is the Man Ape / Lizard Wizard?
After some research and a lifetime of questioning, I finally found who was the actor playing the Man Ape /  Lizard Wizard who kicked Arnie's ass in the mirror chamber in Conan The Destroyer (1984).  His name is Pat Roach.


Born May 19, 1937, Birmingham, England, UK, Pat Roach is a 6'5" pro wrestler who once held both the British and European Heavyweight Wrestling Championships at the same time under the name of "Bomber" Roach.  He is also the guy who kicked the ass of Indiana Jones in "Raiders of the Lost Ark" in 1981, but he was eventually cut down by a spinning plane propeller.
﻿ 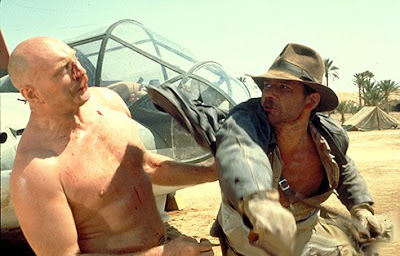 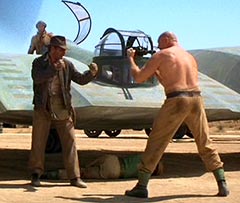 Pat Roach moments before getting sliced
by the plane propeller.