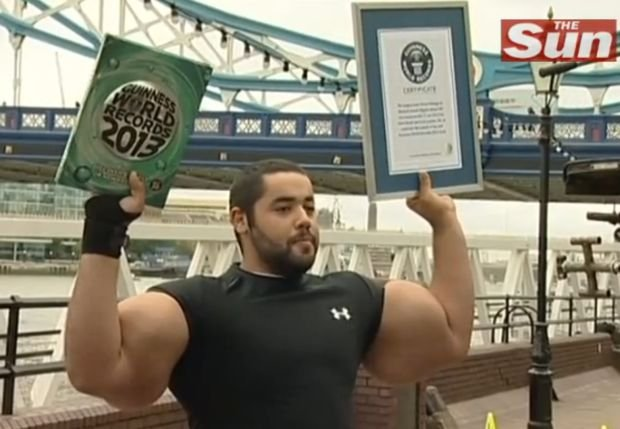 24 years old Egyptian bodybuilder, Moustafa Ismail will appear in the Guiness Book of World Records 2013 for his 31 inch biceps, the biggest biceps in the world. 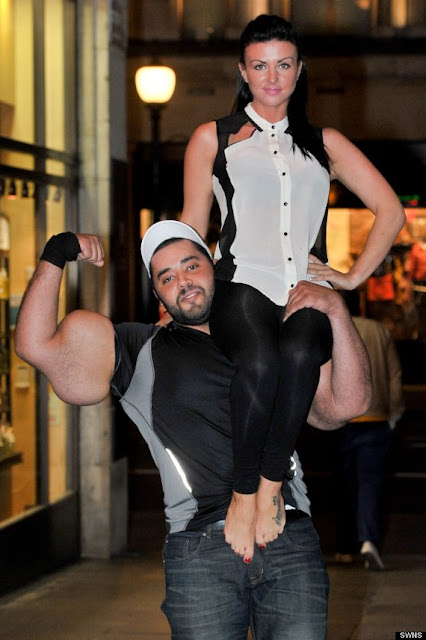 BIG MO’: THE DAILY ROUTINE
A minimum of three hours of training, at least twice a day 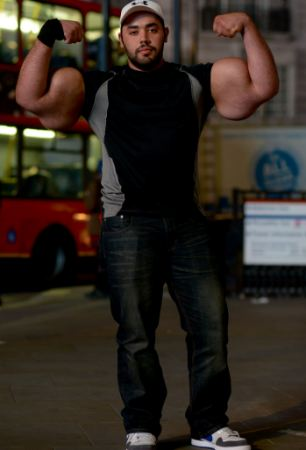 – Lifts weight seriously since the age of 14 and got the hook for arm exercises.
– Works out twice a day doing arm exercises every day with very heavy weights.
– Curled 400 pounds.
– Bench pressed 500 pounds.

– Consumes OVER 3000 grams of protein a day (including 3 LBS of chicken, 1 LB of meat or fish everyday, a gallon of protein shake and $30 worth of supplements a day).  Very unhealthy, he must shit all day long!

– His daily routine looked like this.  Going to the gas station at 5 am, working a full 8-hour shift until 1 pm.  Rushing to the gym doing all arms, big, heavy and quick.  Then going back to another gas station at 3 pm to work another 8-hour shift.  Doing this seven days a week.  Wow!  The guy is not only a gym rat, he is also a workaholic!  But since his wife found work he has cut back to just one gas station job.  Now he got more time to work his arms.

Has added 5 more inches to his arms in the last 12 months!!!  His arms ballooned to 31 inches since the Guinness measured him at “just” 26 inches for the world record.

The man with the World’s Largest Biceps says he had never heard of synthol until he was accused to use it.  But he admits that he took testosterone four years ago because it was over-the-counter and cheaper than supplements.  But since he lives in the United States, working as a cashier in a gas station, he says he couldn’t afford steroids even if he wanted them.

He just says that he got the largest biceps in the world from the World Gym in Milford. 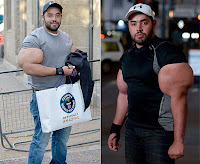 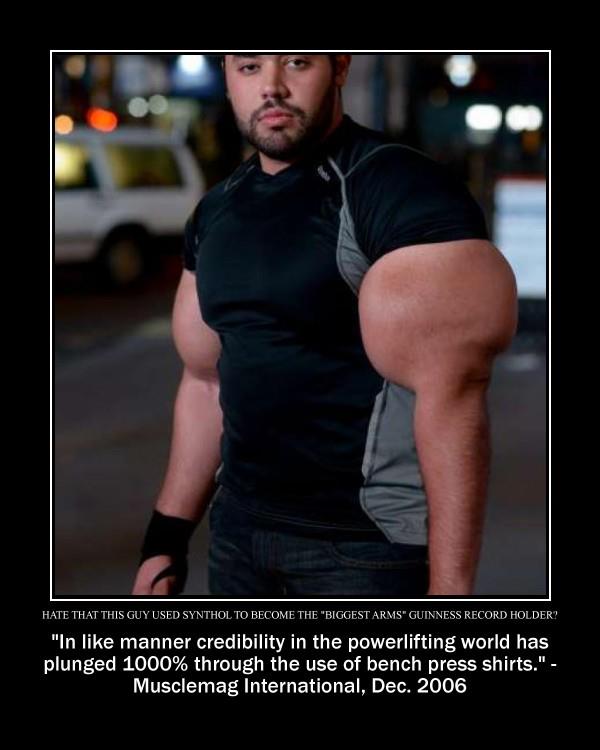 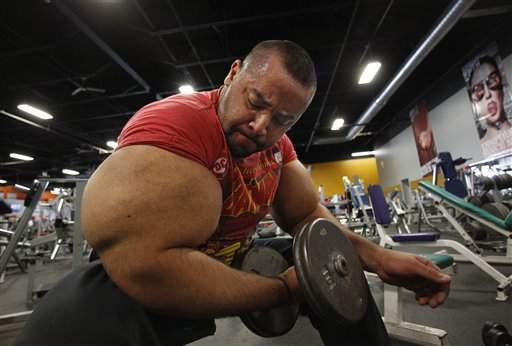 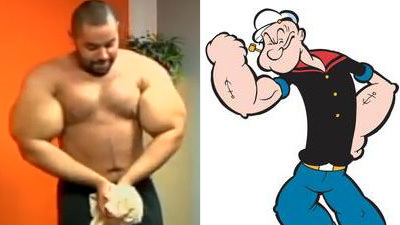 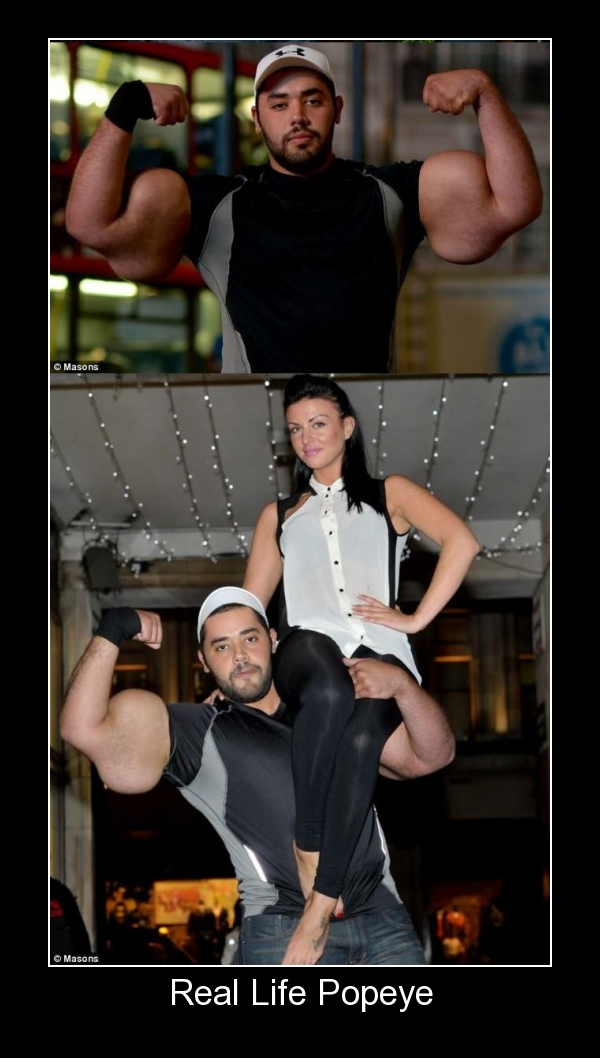 He was so dedicated to bulking up his arms that he moved his entire family to America to gain access to better workout equipments and bodybuilding supplements…  Not surprisingly, he couldn’t find a wedding suit that fit him. 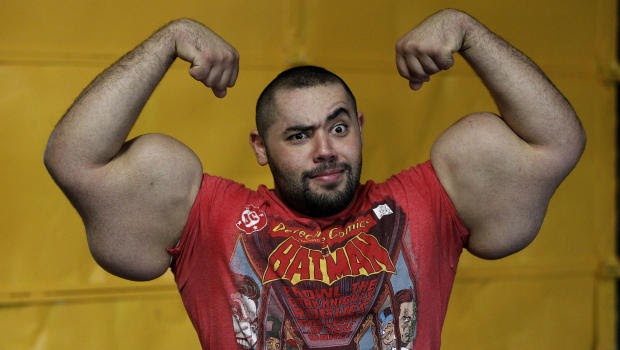 With The Rock `s people eyebraw on his face!
“If you smeeeeeeeeeeeel what the Synthol Man is cooking!”

Another exagerated article claimed that Moustafa Ismail eats seven pounds of protein, nine pounds of carbohydrates and three gallons of water each day.  That’s an indigestion case for sure!

The Biggest Arms In The World