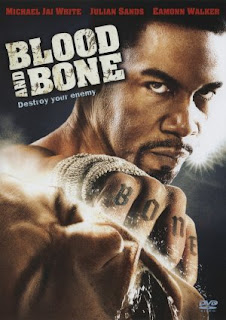 Once again the classic but still very entertaining underground fighting film, the loner taciturn fighter who need fast money to help somebody else, the scumbag fast talking promoter/manager, the evil mob boss, and a little bit of cheesy drama around the non-stop bloody fight action.

The hero was a little bit too dominant for an ex-con without pro fighting experience, Isaiah Bone (Michael Jai White) easily squashed all his opponents and make the final $5,000,000 fighter Pretty Boy Price (Matt Mullins) looks like a jobber.

Whatever, I really enjoyed watching this movie.  And I recommend it to any fan of action / fighting movie.