Skip to content
Posted inUncategorized
Posted by By PYGOD December 17, 2015No Comments


Terry Sawchuk played 971 regular season games in a 14 year NHL career. Often injured, he battled through and gained the respect of his peers.

He played in an era where you didn’t wear a mask… and it cost him. To the tune of some 600 stitches.

His aggressive style and crouching stance dared shooters to fire the puck at him. He started wearing a mask in 1963 (a full 4 years after Plante donned his) and it without a doubt kept the stitch count down and lengthened his career. 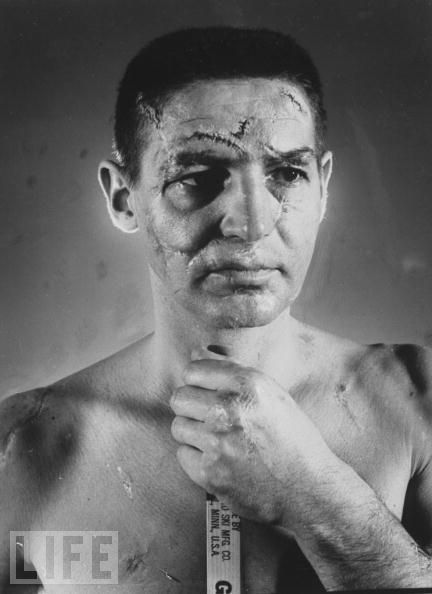 A Life magazine article in 1966 called “Hockey Goalies: Their Bludgeoned Faces and Bodies” took one of Sawchuk’s photos and embellished the stitches to make the picture more effective in demonstrating the punishment a goalie takes. 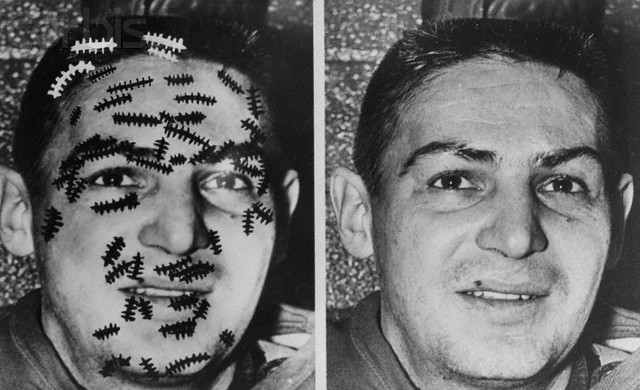 Contributing to his moodiness and self-doubt was the pressure of playing day in and day out despite repeated injuries — there were no backup goaltenders. He frequently played through pain, and during his career he had three operations on his right elbow, an appendectomy, countless cuts and bruises, a broken instep, a collapsed lung, ruptured discs in his back, and severed tendons in his hand. Years of crouching in the net caused Sawchuk to walk with a permanent stoop and resulted in lordosis (swayback), which prevented him from sleeping for more than two hours at a time. He also received approximately 400 stitches to his face (including three in his right eyeball) before finally adopting a protective facemask in 1962. In 1966, Life Magazine had a make-up artist apply stitches and scars to Sawchuk’s face to demonstrate all of the injuries to his face over the years. The make-up artist did not have enough room for everything.

Biggest Bets Ever Made On MMA Boxing