Skip to content
Posted inUncategorized
Posted by By PYGOD January 2, 2016No Comments The Hanson Brothers are the only cool thing in the 1977 cult hockey movie Slap Shot.
They are so fn’ cool!!


The Hanson Brothers provide several humorous moments in the film and are best remembered for:

In the film, The Hansons are brought in by the front office as part of an inexpensive deal, also as enforcers for the fledgling Charlestown Chiefs during their 1976 (and final) season in the Federal League. They are in order of their numbers: 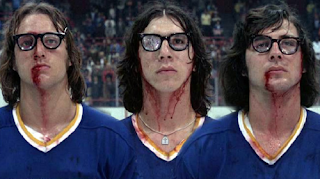 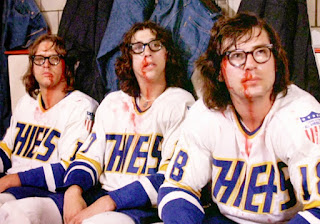 WWE King Of The Ring belt