Bob Roop was a legit bad ass in the professional wrestling field. He enjoyed great success as an amateur wrestler, where he excelled at a high school, college and even Olympic level. He was also a U.S. Army paratrooper, Special Forces medic and an Army wrestling champion. 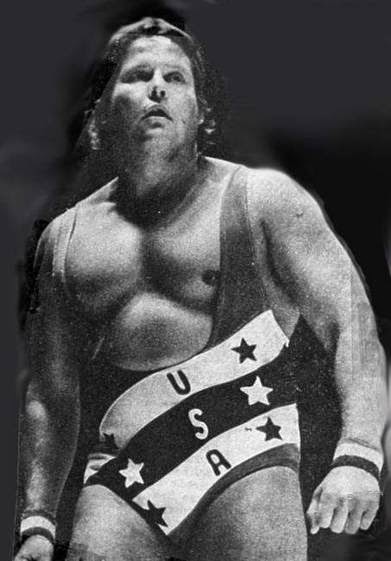 Bob Roop broke into the business in 1969 and became a regional star. He was also used by legendary Florida promoter Eddie Graham as a shooter, who would face prospects in tryout matches and stretch them to test their mettle and desire. Graham would tape these encounters as he enjoyed later reliving the moments that Roop made the would be tough guys scream in agony. The video above is a frightening example of this practice.
Roop went on to wrestle until 1988, when a car wreck ended his career.


Watch Bob Roop bullying a wanna be wrestler torturing him, making him beg and cry (literally) for mercy.


He tores that guy's shoulder to shreds and he beat his ass off camera.

What a fuckin' bully he is!

At the time it was of good usage to stretch and injure novices to test their will and desire to be a pro wrestler. Hiro Matsuda broke Hulk Hogan's leg on his first day of training. As a trainer, Matsuda was famous for being very stiff with his trainees to toughen them up and teach them to respect the business.

At the beginning of his career, a teenage William Regal was regularly beaten up (broken nose, etc.) by the pros but he still came back for more.