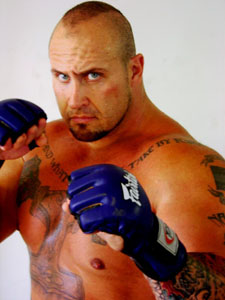 Cuting down from his Powerlifting weight of 400 to 447 pounds.  Mike Miller is now weighting 275 pounds, his ideal pro wrestling and MMA fighting shape. 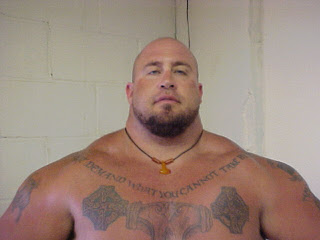 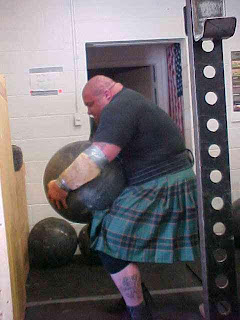 After setting the world record 1,220 pounds equipped Squat and having a 630 pounds raw Bench Press.  With nothing more to accomplish, Mike Miller quit powerlifting for strongman in 2005. 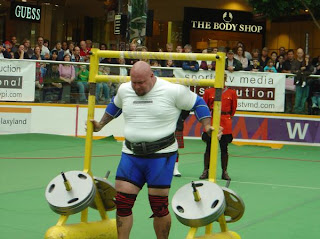 350 pounds was his strongman weight.
When he was a 400 pounder, he was stronger
but he got trouble walking across a parking lot. 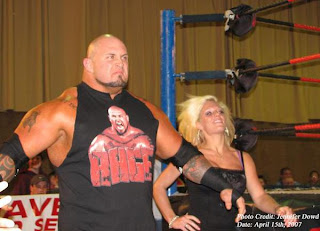 His wrestling name is Lex Lethal.  Holy smoke!!  This guy was known as one of the strongest men ever!!  So let him go by his name Mike Miller.  Fuck that stupid Lex Lethal name!/"&%# 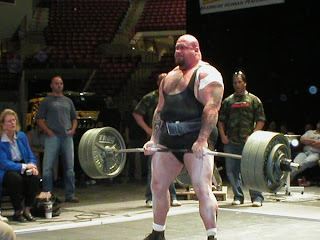 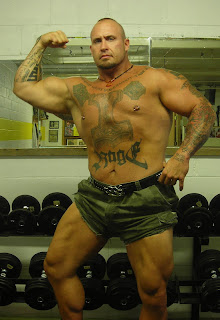 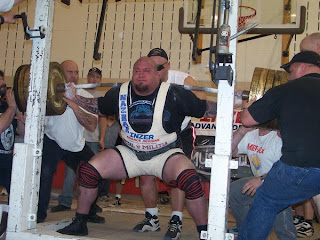 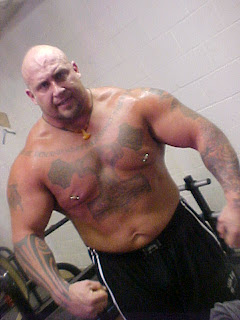 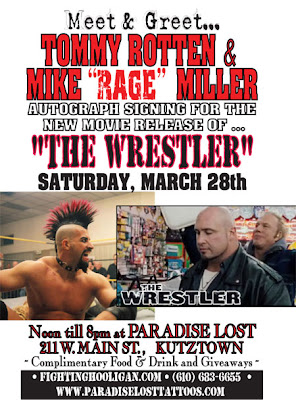 Mike "Rage" Miller appeared in "The Wrestler"
with Mickey Rourke in 2008. 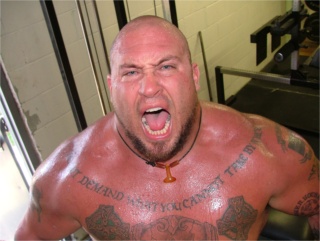 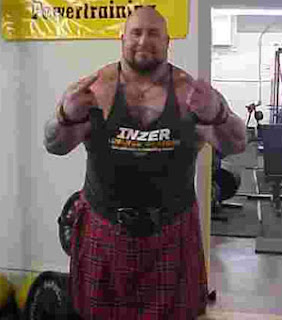