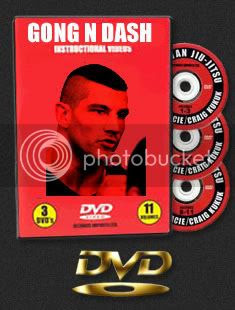 Good joke, furthermore as we know that "The Colossus" James Thompson was a bouncer, a debt-collector and a gypsy remover in the past.   MMA match featuring Don Frye, which ultimately inspired him to pursue a career in MMA. He started watching DVDs on Boxing, Wrestling and Brazilian Jiu-Jutsu.  In fact, it could be his DVD's collection. 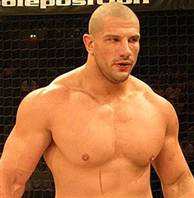 He was robbed in his fights versus Butterbean and Kimbo Slice when the referee stopped the fight too soon.

His "Gong N Dash" fighting style make him and his opponents prone to early round knock-out. His "Gong N' Dash" is like pitch and toss. Sometimes he KO'd his foes, sometimes he gets KO'd. Somewhat risky for James Thompson but always exciting to watch for the crowd.

Anyway, laugh at him as much as you want.  James "The Colossus" Thompson is a warrior and he can kick your ass guaranteed. 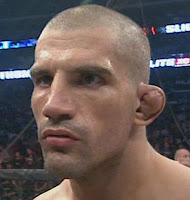 James "The Colossus" Thompson humbly explains the infamous "Gong and Dash", his resulting TKO by the hands of Alexander Emelianenko just 11 seconds into the first round and drinking with Fedor Emelianenko.