Probably the ideal man physique to make all the chicks wet.  Everybody talk about how Brad Pitt was lean and muscular in Fight Club (1999).  But actually, Brad Pitt was at one of his lightest weight ever in his adult life.  Brad Pitt weighed around 153-160 lbs at 6′ with 5-8% body fat, sporting around 14 inch arms at 35 years old.  Pretty skinny sort of speak! 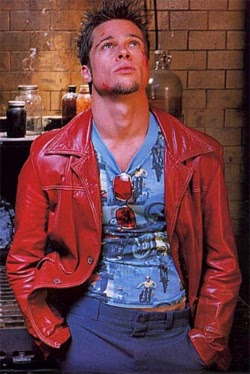 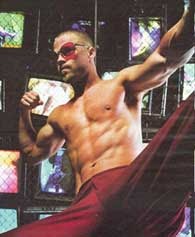 But as Brad Pitt’s Fight Club’s physique can attest.  Being lean and cut can make you look bigger than you actually are.

“Brad Pitt in Fight Club is the reference for 300,” says Mark Twight, who trained the cast for 300. “Everyone thought he was huge, but he was, like, 155 pounds. If you strip away fat and get guys to 3, 4 percent body fat, they look huge without necessarily being huge.” source

‘I Want to Build Muscles like Brad Pitt from Fight Club’ (IWBMBPFC) AKA  ‘the perfect pussy slaying physique’ is a large portion of Bodybuilding.com audience. 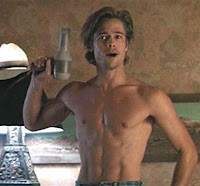 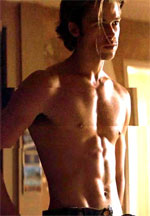 In his first breakthrought film Thelma & Louise in 1991, Brad Pitt was just plain skinny and lean.  Brad Pitt is a natural ectomorph and hardgainer, in other words he have a small-bones constitution and got an hard time gaining muscle as well as fat.

In real-life, Brad Pitt is far from being a gym enthusiast.  He doesn’t like to train and got several unhealthy habits like smoking, drinking beer, and eating chips and junkfood.  He workouts and diets just when needed for a movie role.

The only focus here is to lose fat and get super lean.
Just as Arnold Schwarzenegger said, “Great abs are made in the kitchen, not in the gym.” 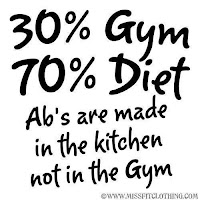 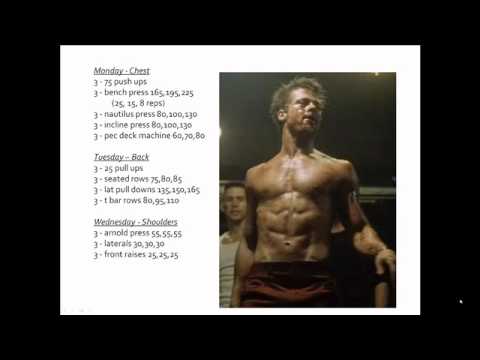 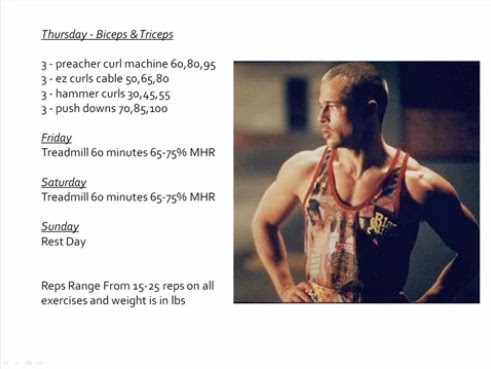 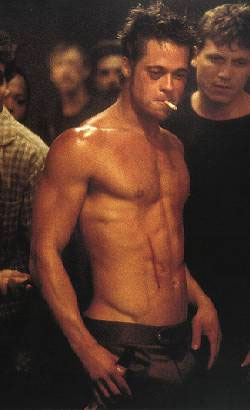 Reps Range From 20-30 reps on all exercises 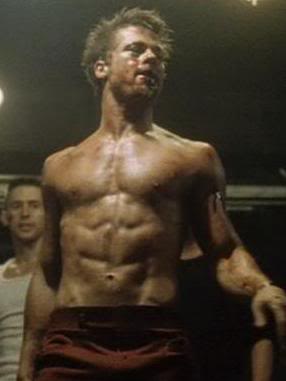 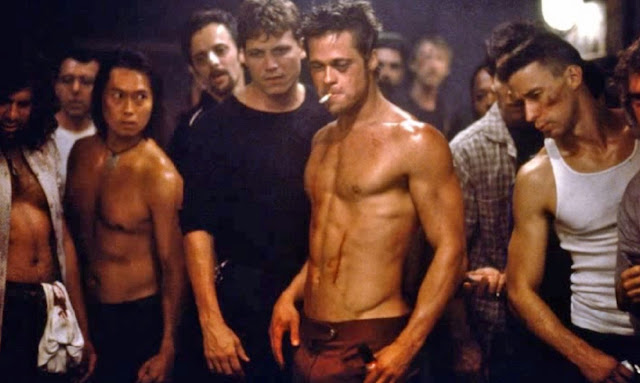 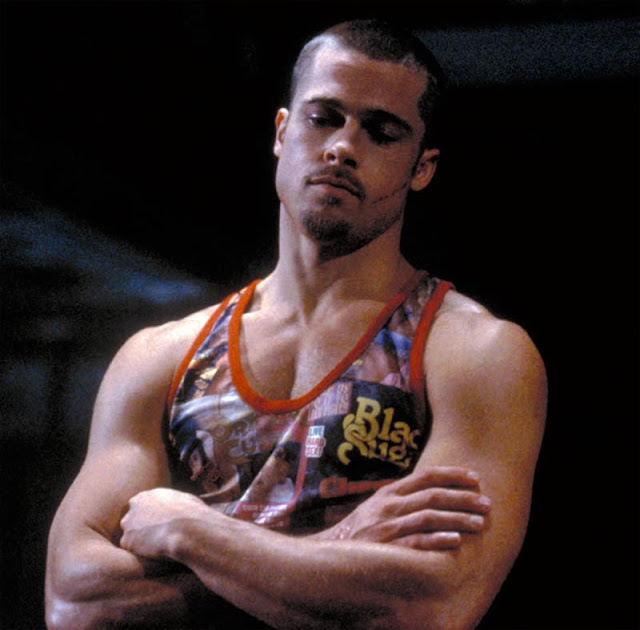 Gerard Butler (King Leonidas) after the filming of 300 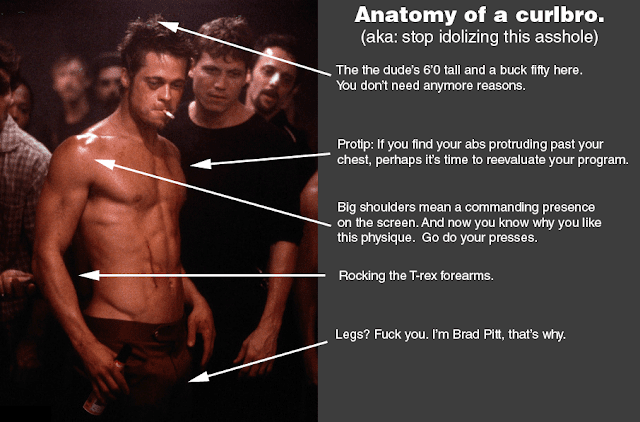