Skip to content
Posted inUncategorized
Posted by By PYGOD May 29, 2011No Comments 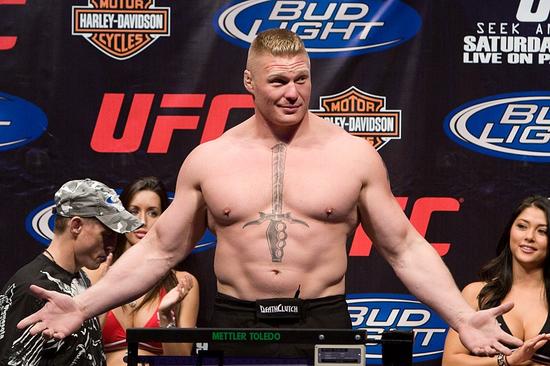 Despite his superhuman physical abilities and athletic background, Lesnar was seen as nothing more than a freak by the MMA purists.  Nothing more than a freak on the same level of Kimbo Slice, to whom he was often compared.  But “The Next Big Thing” proved the world that he was more than just a sideshow circus attraction.  When he defeated the legendary UFC Champion Randy Couture and becoming the Undisputed UFC Heavyweight Champion in only his fourth MMA fight.
A protected freak show attraction my ***!  After squashing a
relatively easy foe (Min-Soo Kim, a Bob Sapp victim) he joined the UFC and was immediately throw in the shark tank.  Fighting former UFC Heavyweight Champion Frank Mir for his UFC debut.  Not surprisingly, the very green Brock Lesnar submitted 90 seconds into the match to his seasonned foe.  But he trains harder and harder to become a complete MMA fighter with the result we know today.  By
the way, he avenged his Frank Mir loss and outpunched him in his first UFC title defense.
Forget Primo Carnera!  Brock Lesnar is by far, the most successful freak of all time.
2- Kimbo Slice. 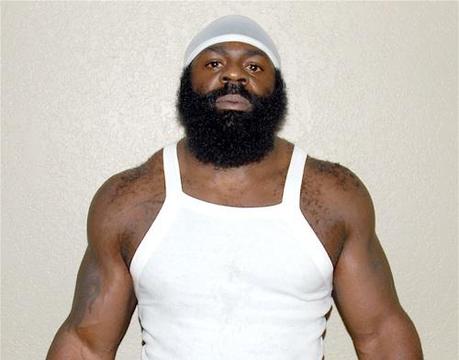 At the late age of 33 years old; with his 7-1 street fights record and worldwide fame.  Having MMA legend Bas Rutten as trainer.  He entered the MMA world; squashing former World Heavyweight Boxing Champion Ray Mercer in 1:11 of an “exhibition” match.  The same Ray Mercer that KTFO of former UFC Champion Tim Silva in 9 seconds with one right hook. After that, he signed with EliteXC, naturally becoming their main attraction.  He was put on a steady diet of tomato cans.  Three easy fights and one not so easy fights later.  The freight train was derailed.  Kimbo Slice was squashed in 14 seconds by the late replacement guy for Ken Shamrock, pink haired unknown Seth Petruzelli (another Bob Sapp victim).
After this upset loss, EliteXC declared bankruptcy and Kimbo Slice emmerged in the UFC.  Where potentially the biggest ticket seller in MMA was buried and reduced to participate in a rookie reality show: The Ultimate Fighter: Heavyweights.  The reason why Dana White and the UFC spited on easy money by not capitalizing on Kimbo Slice box office appeal is still a mystery. 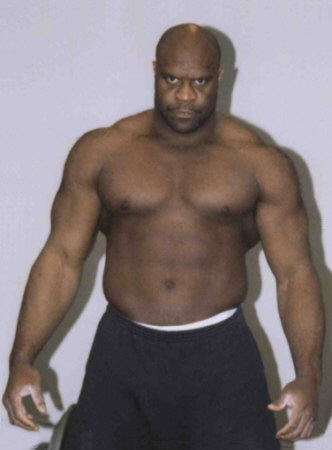 The 6’5″, 350-pound beast is one of the most amazing freak on this list.  After a stint in the NFL, an FX Toughman boxing win against William “The Refrigerator” Perry, and an unsuccessful attempt to become a pro wrestler.  The 27 years old hulking man has nowhere to go.  While touring in South Korea with an obscur pro wrestling organisation.  Sapp time finally come, baby!  He was scouted and recruited by PrideFC and K-1 Japanese fighting organisations.  The Japanese promoters saw dollars signs and instantly pushed Bob Sapp at the main event status of both promotions.  Biased referees and carefully selected opponents and sky was the limit.

In Japan, it was Bob Sapp everywhere!  Bob Sapp on tv! Bob Sapp on radio! Bob Sapp publicity!  Bob Sapp in the magazines!  Bob Sapp ice cream!  Even Bob Sapp sex toys!  It was all about Bob Sapp!  By the way, Bob Sapp became a multi millionaire during his period on top of the world.  He was billed as a 6’11”, 385-pound beast aiming to be the Pride Fighting Champion and K-1 Champion at the same time.  But all good things come to an end!  With his disputes with K-1 and his fighting weaknesses exposed by more skilled opposition.  Bob Sapp slowly, but surely, declined to tomato cans status (becoming the designated victim of fellow freak Bobby Lashley in just 3:18).
At least it was a good ride!
4- Butterbean. 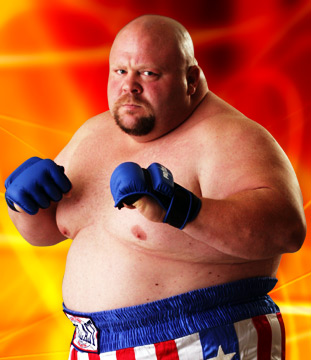 The ultimate freak show attraction.  5’11.5″ with his weigh fluctuating from 300 to 417.5 pounds, a bald, fat, pale man wearing a United States flag trunks.  Butterbean (Eric Esch) started his pro boxing career at 28 years old after a successful Toughman Contest career, ending with a record of 56-5 (36 KO).  Boxing professionaly since 1994, to this date (summer of 2010) he cumulated a pro record of 77-8 (58 KO).  His opposition can be qualified as the second worst bunch of tomato cans and first timers assembled on a boxing record.  The first being the padded boxing record of 70’s lightweight Sean O’Grady.  Nonetheless, with his boxing experience, Butterbean started as a crude brute to become a legit heavyweight boxer.  Skilled enough to go the distance with a 52 years old Larry Holmes in 2002.

The “King of the 4 Rounders”, as billed in pro boxing, didn’t stop to boxing.  Butterbean was featured in two video games.  He dabbled into pro wrestling; beating former Golden Glove champion Marc Mero in a worked match in 1997 and almost killed Brawl For All champion Bart Gunn in 35 seconds, in a legit boxing match at Wrestlemania XV.  He knocked out Johnny Knoxville in a Jackass episode.  And entering the world of MMA and kickboxing in 2003 at 37 years old.  All in parallele with his boxing career.
Despite his mean streak in the ring.  Butterbean is for sure the most loveable freak of the list.
5- Tank Abbott. 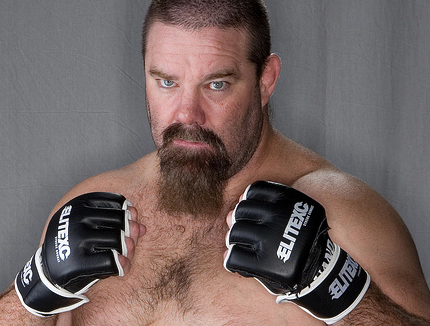 6′, 250 lbs with a legit 600-pound bench press, starting in the UFC at the age of 30.  Before Kimbo Slice, David “Tank” Abbott was the original street fighter.  Loud, brash, and vulgar, he was promoted as what he was.  Nothing more than a beer guzzling street fighter who only cares about two things: drinking and fighting.  With one punch knock out power in both fists, the potted belly brawler was an immediat hit in the old UFC.  You either loved him or hated him.  But he lefted nobody indifferent.

Despite a less than stellar MMA record, Tank Abbott was an
entertaining fighter always capable of KO’d any man in front of him.  But being a one-dimensional brawler with a lack of overall skills prevented him to do so.
From 1999 to 2001, he was lured by the huge money of professional wrestling (the dying WCW was literally throwing money out of the window in an unsuccessful attempt to surpass the WWE).  First brought in to “put over” Goldberg.  He was reduced to acting as a dancing clown for three jobbers named Three Count, a boy band parody.  Ironically, now, he is just a parody of himself.  A washed-up obese middle aged fighter who was feed to Kimbo Slice and
destroyed in 43 seconds. 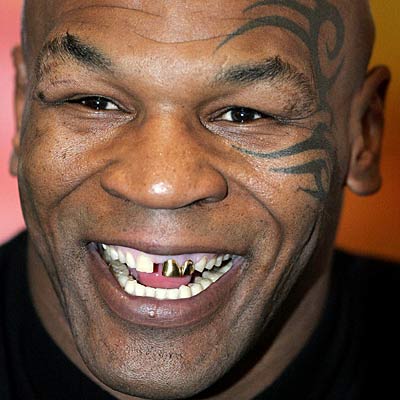 The baddest man of the planet is in the misses list.  Because he has everything needed to be the biggest hit in the MMA world.  Japanese promoters offered him millions and millions of dollars to be “The Next Big Thing” in MMA, the biggest box office seller of all time.  But the heart wasn’t there anymore.  Plagued with personnal problems, drugs and alcohol addictions; the faded Mike Tyson didn’t care about fighting anymore. 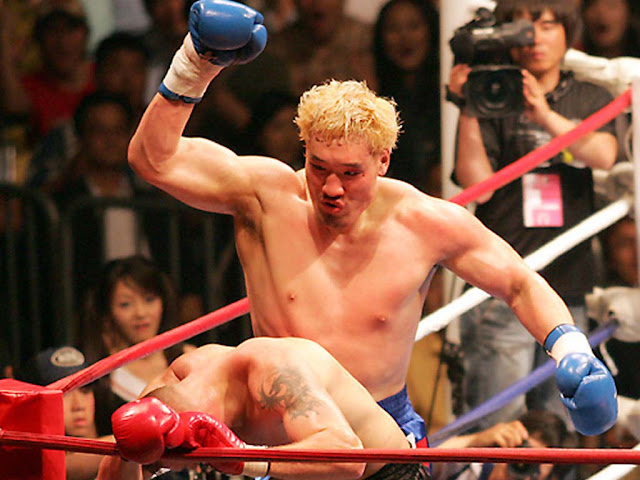 The 7’2″, 360 athletic pounds Korean kickboxer didn’t really catched the imagination of the fans with his purple hair and his nickname “Techno Giant”. 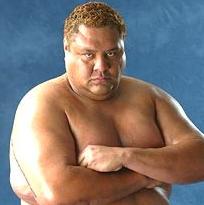 This fat, man titted 6’8″, 525-pound Yokozuna was nothing more than an oversized jobber ending his 3 years straight MMA and kickboxing career with an horrible combined record of 1-12. 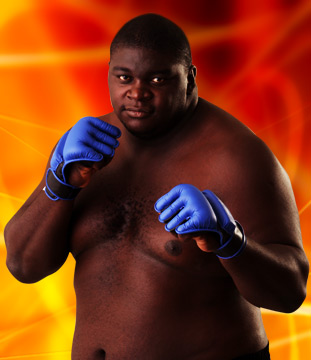 Huge, fearsome 6’7″, 407-pound black man, son of the legendary Brazilian vale tudo fighter Rei Zulu (who lost a famous match to a young Rickson Gracie).  A good overall MMA record of 19-6, but nothing special about him.  Was the victim of Butterbean in their 2007, Pride 34 match, submitting after 2:35. 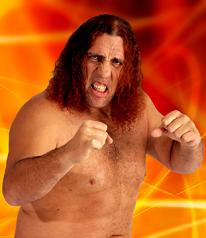 Former WWE Oddities, former Brazilian basketball player Paulo César da Silva was probably too ugly to be a hit.  Billed from 7’2″ to 7’7″ with a weight of 360 to 450 lbs.  With a final record of MMA record of 2-6, Giant Silva (not to be confuse with former UFC champion Tim Silva) was nothing more than a tomato can like Akebono.  Mysteriously, their careers begin and ended at the same time.  From December 31, 2003 to December 31, 2006.  Their last fight was against each others.  The result was a kimura submission victory for Giant Silva in 1:02.  Which says a lot about the level of mediocrity attains by sumo legend Akebono. 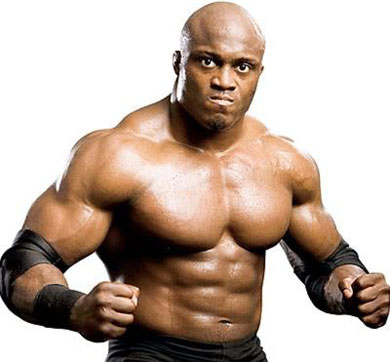 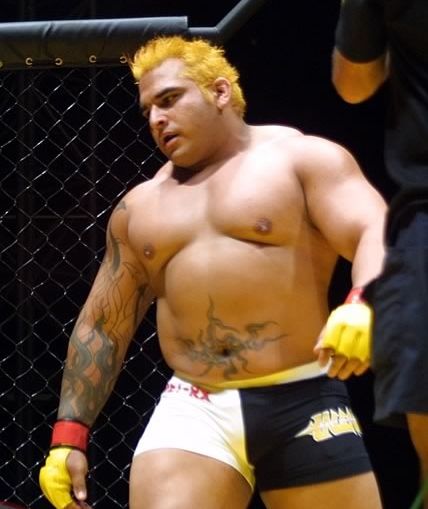 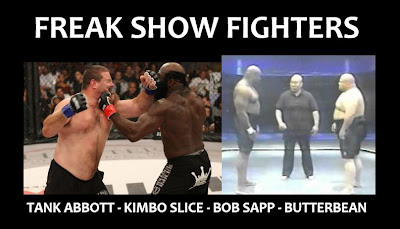