Skip to content
Posted inUncategorized
Posted by By PYGOD May 27, 20112 Comments 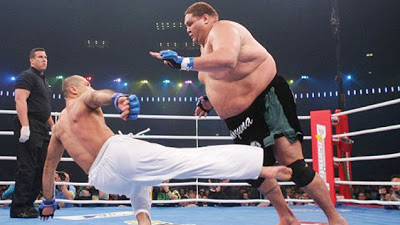 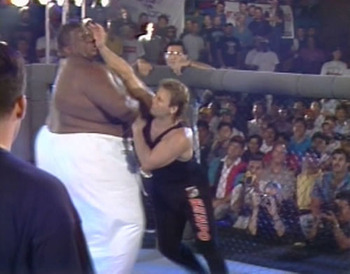 That’s what can happen when you put David vs Goliath

The mediocre American sumo fat man gets his ass kicked one more times by a foe several times smaller than him.

Here is another giant-sized sumo wrestler, this one is a former Yokozuna (Grand Champion) pitted versus former UFC champion & legendary fighter Royce Gracie.

At 6’1″, 187 lbs, Jack Dempsey was one of the five greatest boxer of all-time.  He was a world-famous case of Davide and Goliath when he almost killed the 6’7″, 250 lbs Jess Willard for the World Heavyweight Boxing Title.  KO’ed the 6’2″, 212 lbs Luis Angel Firpo in an epic two rounds brawl.  At one times, Dempsey was even send flying outside of the ring.  KO’ed the 6’6″, 210 lbs white hope Fred Fulton in 18 seconds.

Butterbean getting flattened by a man half his size.

The Last Emperor didn’t bother with weight classes.  He know the result will always be the same…  Look at him while he squashed his much more bigger and taller foe in a matter of seconds.


In my view, weight classes are useless and stupid in combat sports.  When you get into a street fight and you got to fight for your life, you don’t ask for a weight-in.  It’s not a matter of who is the heaviest and who got of 5-pound weight advantage.  It’s a matter of who can kick the ass of the other.  So should be any kind of hand-to-hand fighting sports.

All the greatest and most dominant heavyweight boxing champion were relativelly “small”.  Muhammad Ali was 212 lbs, Joe Louis was 199 lbs, Jack Dempsey was 187 lbs, Mike Tyson was 220 lbs, Bob Fitzsimmons was 167 lbs, and Rocky Marciano was 5’10”, 185 lbs.  And in MMA, you got no better example than the skinny 6’1″, then 175 lbs Royce Gracie who dominated the early UFC.  Back when it was real “No-Hold-Barred” competition.  Bruce Lee was supposedly the greatest fighter of all-time.  He was just 5’7″, 140 lbs soaked and wet.  If you can’t stand the heat, get out of the kitchen. 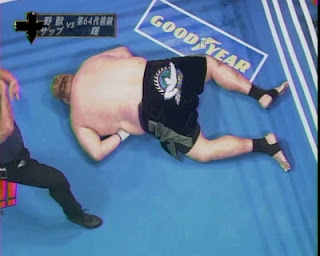