After the popularity and huge suck-cess of my NSFW gay oriented posts: Gay 4 Pay bodybuilders; Kai Greene gay 4 pay (g4p); Kali Muscle is a Gay for Pay. And in an effort to give what the people want, giving you what you’re asking for. I became more “interested” into the not-so-secret gay subculture inside the “manly” bodybuilding world.


After all, your favorite thong warriors need Money just for the hope to thrive and succeed into the extremely competitive bodybuilding scene. 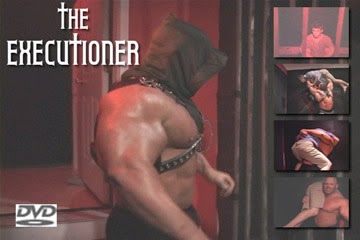 As you may know (I hope so), prostitution is the oldest profession and a lot of rich gaymen (schmoes/sponsors) are willing to pay big bucks to satisfy their niche fetish lust for elite muscular men.


With that being said, I’m asking you two questions:


Is it easier to be a gay for pay (g4p) to achieve your goal?


Is it easier to be a gay pro bodybuilder than a straight pro?

It’s something rarely spoken of in Pro Bodybuilding: The Gay IFBB Pro. Think of how much easier life as a gay pro bodybuilder would be. – Instead of having moral qualms about where to draw the line in the hotel room sand, there is no line. – Instead of worrying that the creepy photographer is going to try to cop a feel, you look forward to it. – Instead of getting creeped out by aggressive FB Schmoes, you get turned on by it. – Instead of feeling shame and embarassment about letting gay dudes suck you off, you get excited about it. – Instead of struggling to find legit sponsorships, you simply rent out your ass to some wealthy gay doctor for 3-4 days/week and enjoy weekend trips to Hawaii and Catalina with the doctor’s ‘family’. – Instead of getting distracted by bikini sluts at Expos, you can focus on the Schmoes who want to help out with the car payments. – Instead of avoiding that gay IFBB judge who always wants you to come to his room the night before prejudging for a ‘private showing’ of the Full Monty with release, you look forward to it. – Instead of marrying some psychotic, plastic, annoying bikini model, you are free to marry an old hag who will cook your meals, pay your bills and hold down a real job to cover insurance and 401(k) for you. In short, the gay IFBB pros have it made. So who are they?

In my humble opinion, the transition to the point of selling your body to men is a lot easier to make when you’re already a gayman than a straight individual. It’s a no-brainer situation!

Most Disgusting Vagina Forehead in Wrestling