Skip to content
Posted inUncategorized
Posted by By PYGOD April 30, 2012No Comments 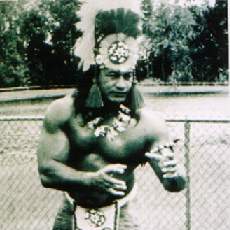 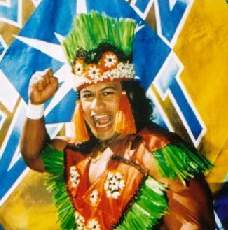 Sivi Afi AKA Siva Afi started out as a
successful main-eventer/mid-carder in the independent circuit. In Honolulu, Hawaii, 1985, he wrestled Ric Flair to a one hour time limit draw for the NWA World Heavyweight Championship in front of 20,000 people…  A year later, in the WWF, he was squashed by Randy “Macho Man” Savage under 2 minutes on national TV.

Thanks to his national TV exposure as a pure jobber in the WWF, he ended up a jobber in other local wrestling promotions.

With the departure of the ultra-popular Jimmy “Superfly” Snuka.  The WWF was searching for somebody to fill the void.  So with his ressemblance to the original one, Sivi Afi was supposed to be the “new” Jimmy “Superfly” Snuka.  In order to fit the billing, the future Third Islander, High Chief Afi got an ultra-mega-fucking-painful and not too discreet traditional Samoa knees up-to-waist tattoo. But it was all for nothing, since his adventure as the High Chief Afi lasted nothing more than a 3-man tag team match. So he gets this fuckin’ tattoo for nothing


The Third Islander: From the Isle of Samoa, at 248 pounds, High Chief “The Samoan Warrior” Afi

The Islanders Vs. Outback Jack/Blackman/Boone

MMA’s answer to S.D. Jones: Bob Sapp
…at least, Bob Sapp was hot for a while.
Bobby Heenan Next Superstar Jobber, Sivi Afi
Even worse than S.D. Jones and Bob Sapp combined, Paul Dose
Winless Wrestlers
Salute to the Jobbers