Skip to content
Posted inUncategorized
Posted by By PYGOD May 2, 2012No Comments

My All Time Top 10 Jobbers will only include pure jobbers with winless record.  And it will mostly include wrestling’s jobbers that I’ve seen “evolves”, usually on Saturday and Sunday morning when I was a kid.  It was the good ol’ time!  Pure, winless jobbers are somewhat hard to find since even chumps like Steve Lombardi, S.D. Jones, Barry Horowitz, and Jim Powers had some wins to their records.

The only time you will see Mario Mancini’s arm raise…  Before the fight start.

Mario Mancini turned pro about six weeks after his 18th birthday and was the youngest wrestler in the WWF in 1984.  Another lifeless fat pure jobber a la Paul Dose.  Except that Mancini’s career lasted a lot longer than Paul Dose.  But his extreme mediocrity was similar. 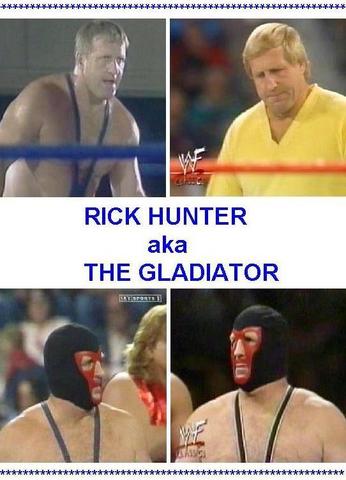 From 1985 to 1988, at the venerable and vulnerable age of 49 years old, with 28 years of pro wrestling experience, weigh in at 237 pounds on a 5’10” frame, double-duty jobber Rick Hunter / The Gladiator jobbed in single as well as tag team competition against many heels and faces of the era.  Rick Hunter / The Gladiator almost always gave a good opposition to his opponents – some said that Rick Hunter’s amateur wrestling abilities are on pair with Kurt Angle???  Whatever, the final result was always the same.  The grizzled veteran always eated the canvas for the 1-2-3. 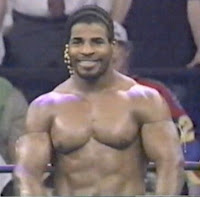 Probably the most, and the only, miss-used competitor here.  5’10”, 185 lbs of twisted steel and sex appeal, from 1996 to 1999, Hardbody Harrison was one of the crappiest jobber in the history of WCW, suffering humiliating defeats to fellow hapless losers like Barry Horowitz, Jim Powers, and Johnny Swinger; and to mid-carders like Glacier, Greg “The Hammer” Valentine, Chavo Guerrero Jr., Kevin Sullivan, Eddie Guerrero, Disco Inferno…  But he went on to became, at 35, the charismatic and entertaining 2001 FX World Toughman Champion.

GENERAL PUBLIC CRY FOR HELP
I need other jobbers to finish this post!!  Finding winless scrubs is very hard!!  Even crappy, defenseless, lifeless crash-test dummies like Frankie Williams and The Mulkeys got wins on their record.
So if you know new winless, spineless scrubs.  Add them in the comments section below.

The Evolution Of Sivi Afi