Skip to content
Posted inUncategorized
Posted by By PYGOD October 15, 2011No Comments 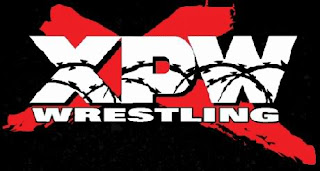 XPW Xtreme Pro Wrestling
XPW was the kind of edgy (to say the least) wrestling promotion that I like.  Extreme, hardcore, violent with a lot of blood and, most importantly, a lot of sex.  ﻿