Skip to content
Posted inUncategorized
Posted by By PYGOD February 17, 2014No Comments WWF Brawl For All 1998 was a kind of MMA / Toughman / Boxing tournament between the pro wrestlers. I really enjoys to see these big pro wrestlers slugging each other FOR REAL with real KO.
I really loved it but the vast majority of WWE fans hated it. The tournament is seen as a failure. I have to admit that it would have been a lot better if there weren’t any takedowns allowed. It should have been a straight Toughman / Boxing contest. Try to shoot on a guy with boxing gloves on doesn’t make sense!?! 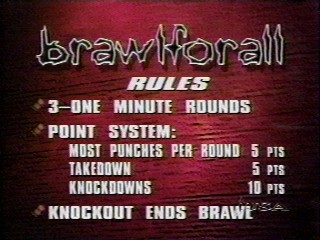 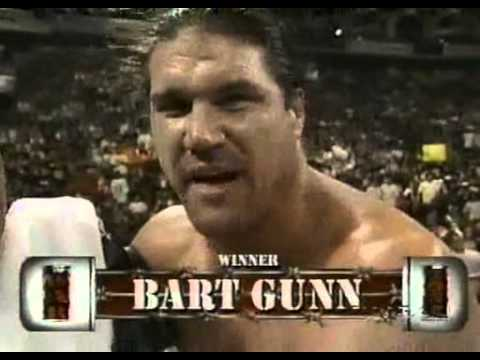 Brawl for All tournament bracket

NOTE: Steve Blackman defeated Marc Mero but was unable to compete in the next round, permitting re-entry into the tournament for Mero.
NOTE: Dan Severn defeated The Godfather but withdrew from the tournament, citing he had nothing to prove and permitting re-entry for The Godfather.
NOTE: Quote from Dan Severn off of Sherdog radio says he and Ken Shamrock were not allowed to participate, but then Dan Severn was asked to participate. After defeating The Godfather he was told he was no longer allowed to continue.

Bob Holly claims that the WWE had already paid “Dr. Death” Steve Williams the $100,000 prize money before his second round loss to Bart Gunn. He also claims that Bart Gunn’s match with Butterbean was punishment for defeating Steve Williams.

THE CHOSEN ONE
THE WINNER
THE REAL DEAL 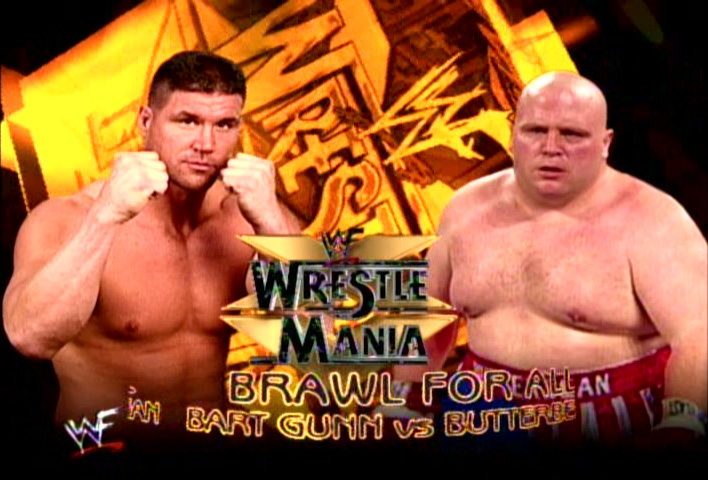