Skip to content
Posted inUncategorized
Posted by By PYGOD November 24, 2013No Comments

PYGOD Prediction: Who give a fuck about this match?  Anyway, I pick The Miz on this one.  Easy pick.

The Match: The Miz won the match.  Kofi slapped him after the match.  Maybe a heel turn for Kofi?  It’s probably the best thing he have to do.


By the way, who give a fuck about the pannel guys?  Booker T looks like an old ebony woman with his hairstyle. lol


The best show start you can get.  The King Of Kings COO Triple H, one of my personnal hero, and owner’s daughter Stephanie McMahon.

PYGOD Prediction: The dreadful good guys team will probably win this one. But a Shield victory is possible… Maybe…

The Match: Zeb Colter is a real master of the mic. 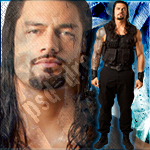 Roman Reigns eliminated 4 wrestlers.
He is ready for a major push.

PYGOD Prediction: Big E will win this one for sure. Curtis Axel time is done.

PYGOD Prediction: The eyes candy match of the night.  No one give a fuck about the result.  But it can be nice to watch.  Since all divas are hotties.  I wish AJ Lee will prevail.  But I think the Total Divas (good girls) will win this one.

The Match: Natalya got the final word on AJ Lee and got the win for the Total Divas.

PYGOD Prediction: John Cena kicks Del Rio’s ass each week. So why this one should be different. BUT, our pencil-pushing scenarist can make Del Rio win the title with some sort of cheap shot or by the intervention of a new allie, a bodyguard?? If they want to build ADR as a super heel champion a la Ric Flair. He needs to win this one.

PYGOD Prediction: An hard one to pick???  It can go either way.  But since I’ve got to make a choice.  I will pick the internet crowd heros, CM Punk & Daniel Bryan.

PYGOD Prediction:  I really don’t Randy Orton losing this one.  A Big Show championship win would be absolutely pointless!  Despite what COO Triple H said to Orton on last week RAW.  I can smell an intervention from the Higher Power, the WWE Autorities, in this match.  Storyline wise, they won’t let the Big Show win this one.

The Match: Randy Orton kept his title with a win over Big Show.  Thankx to Triple H’s ‘Bow Down to the King’ music.

No physical interference were made.  COO Triple H, his wife Stephanie and his corporate lackey Kane watched the match from the entrance.

Oh hell yeah!  John Cena came inside the ring to confront Orton with his belt in hands!!!  Oh yes!  We gonna have an unification match right here tonight!!!!  Fuck, there were just teasing us to watch Raw tomorrow… :=(


Now, the question is: “Who will be the Face of WWE?  Cena or Orton?”  Since Cena and Orton seems to be equal into the eyes of the Autorities.


“What’s best for business is what this is about.”
— Triple H
The 4 Best Moments of the Night (in chronological order):
1- When the Autorities, COO Triple H in particular, started the show.
2- When Roman Reigns singlehandedly eliminated 4 opponents.
3- COO Triple H and the Autorities distracted Big Show for the Orton’s win.
4- World Champion John Cena coming to the ring to confront Orton. But no fight!!  Just a fuckin’ confrontation to hype tomorrow night Raw episode?!?
So this last one is just an half best moment.

Orton or Cena? Who will be the Face of WWE