Skip to content
Posted inUncategorized
Posted by By PYGOD January 21, 2014No Comments The Authority, Triple H and Stephanie McMahon welcomes back Batista... Oups! Jackass Randy Orton came out instead…  Triple H and Stephanie sermons Orton for attacking John Cena’s dad who suffered from a fractured eye socket and a dislocated jaw on last week Raw.  Reminding Orton that John Cena, “The Beast Incarnate” Brock Lesnar and Batista are after his championship belts… Then…

Batista’s back
6 times World Champion and 1 time Royal Rumble winner Batista is back. Batista shook hands with Triple H and Stephanie then Batista declares that he is back to become the WWE World Heavyweight Championship.

Daniel Bryan speech explaining why he was a Wyatt Family member (for one week?). Telling that his Wyatt Family time was a plan to kick Bray Wyatt’s ass.  In other word, a bullshit angle written by an equally shitty pen-pusher.
Bray Wyatt delirium on the big screen…


Corporate Kane excuses to CM Punk… CM Punk responds with punches… Brad Maddox tell Kane to do nothing bacause CM Punk will face one of the New Age Outlaws member… Billy Gunn wins the rock-paper-scissor and faces CM Junk.
CM Punk vs. Billy Gunn
CM Punk defeats Billy Gunn.
However Corporate Kane have a surprise for him. CM Punk will be the first entrant in the Sunday’s Royal Rumble.  Ahahaha hahaha Fuck U CM Junk!!!

Punks not dead but Mae Young is dead.

Alberto Del Rio vs. Rey Mysterio
Alberto Del Rio submits Rey Mysterio with his cross-armbreaker. After a long and competitive match.
After being called out for weeks by Del Rio. Batista comes out and squash ADR with a spinebuster and a Batista bomb.

Royal Rumble history and records. I can’t wait to watch it!

The Usos vs. Wyatt Family
The Usos wins via pinfall capatalizing on the distraction caused by Daniel Bryan sneak-attack on Bray Wyatt.

WWE World Heavyweight Champion Randy Orton vs. Kofi Kingston
Randy Orton seeking revenge for his last week upset loss at the hands of Kofi Kingston.  But Orton have bigger problem… John Cena, not in the arena yet, will certainly want to get a piece of him. Orton injured John Cena’s dad last week.
The match is on his way, a couple of near upset pinfalls for Kingston… Oh oh! Big trouble for Orton.  The giant screen shows Cena running into the arena, then around the ring kicking Orton’s ass.  John Cena is punching and chasing Randy Orton all over the arena.  In the stairs to the top of the arena, outside of the arena… 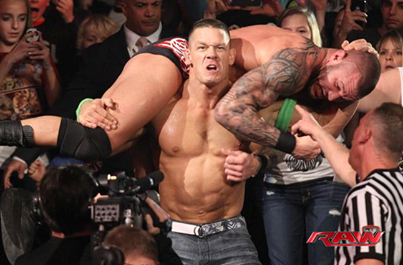 Orton climbs into a car on the passenger seat to escape the wrath of John Cena.  John Cena returns into the arena under the acclamations of the crowd. 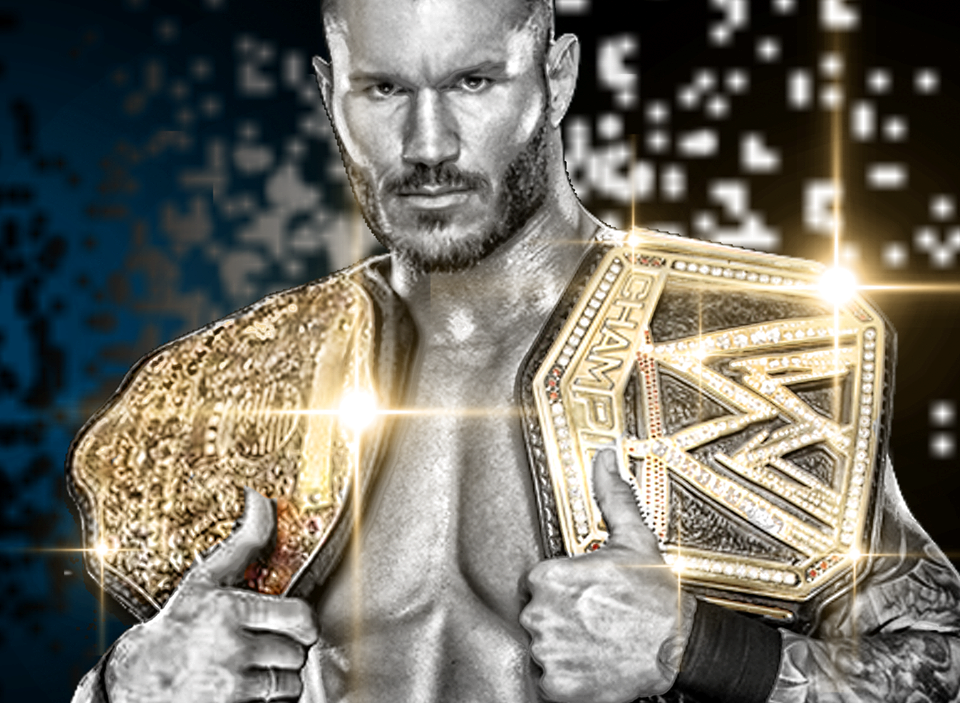