Bench press is the rock star of all lifts! Right or wrong, bench press is the most popular lift and the most common indicator of strength for the vast majority of people.  The most common question being: “How much do you bench?”  General people don’t give a damn about how heavy you squat and deadlift.  They probably don’t even
know what squat and deadlift are.  So myself, after years of hard training on squat and deadlift and competing in strongman contests, I decided to take a break and try something new.  Totally new to what I’ve always done.  The Bench Press.  The RAW Bench Press. Since I don’t think much of the triple layers slingshot suit and that kind of crap.  So, being the intellectual that I am, I’ve done research about my new found passion.  And for inspiration and motivation source I’ve got some big numbers about the famous bench pressers of this world and the others.  In the following lists, I’ve certainly forgot to include some big names.  Sorry, but feel free to send me e-mail to let me know about your knowledge on the subject.

Let’s begin with the top of the troop: 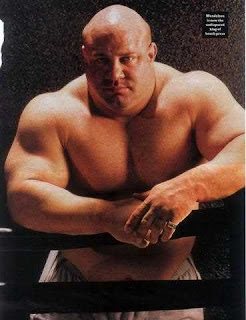 In my book, the most respectable bencher is the 6’4″, 400+pounds Jim “Hollywood” Henderson easily benched 711 lbs RAW & DRUG-FREE in a plain white t-shirt in 1997 at the age of 32 years old.  He loves to brag and joke around (I would too), claiming to be the strongest bench presser of ALL TIME.  Having never failed a drug test, I think he is the strongest bencher of all time.

The late 6’9″, 368-pound WWE pro wrestler Big John Studd was rumored of a 705 lbs bench press.  He even attempted a 700 lbs bench press on TV.  I certainly didn’t mention some big time benchers in this select club. But the article is all about raw benching.

The first man to officially bench press 600 lbs was Pat Casey.  One of the most talked about member of this select club is certainly UFC brawler Tank Abbott.  With his easy, unassisted 600 lbs RAW bench press.  World’s Strongest Man Bill Kazmier had the world record in the 80s with a raw 660 lbs bench press with a narrow grip.  Journeyman pro wrestler and biker gang enforcer Bruiser Bedlam aka Johnny K-9 (5’9″, 280) was known to bench press 625 lbs. 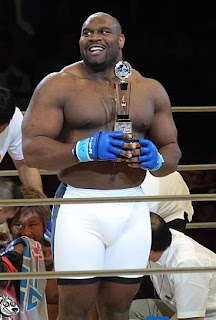 Bodybuilder Greg Kovacs and his team, claims he benched close to 600 lbs for 10 reps.  But like all his claims, it’s probably B.S. He only lifts on smith-machine and all of his lifts seem to be partials and exaggerated.

And the dark horse of this club, French Canadian 80s WWE wrestler Dino Bravo.  He attempted to break the time bench press world record with a televised 711 lbs lift.  The only problem is that there were four bogus 45 plates on the bar which reduce the weight to 531 lbs.  And he needed assistance from the spotter Jesse Ventura to complete the lift?!?  But different witnesses claimed he regularly bench pressed 675 lbs (7 plates per side).  Some official source said he was a legit 575 lbs bencher.  But one thing for sure, he was a legit 500+lbs bencher.

The first man to bench press 500 lbs was Doug Hepburn.  The 500 pounds club also includes Road Warriors Hawk and Animal, along with amateur wrestler and UFC fighter Ron Waterman.  Wrestler and World’s Strongest Man competitor “Superstar” Billy Graham and, as witnessed by one of my friends on TV, French Canadian 300-pound wrestler PCO got it at 585 lbs.

Legendary and herculean former WWE world champion Bruno Sammartino has a drug-free 565 lbs bench to his credit and a stunning 315 lbs for 38 reps bench.  WWE attitude era wrestler “Lethal Weapon” Steve Blackman bench pressed 585 pounds and won several weight lifting awards and strength contest in the 80s.  The late “British Bulldog” Davey Boy Smith claimed an easily believable 535 lbs bench.  UFC heavy hitter Dan Bobbish also benches 535 lbs.  Another MMA slugger that I suspect to be in this club is the huge Jimmy Ambriz and TNA wrestler Scott Steiner.  “Superfly” Jimmy Snuka claimed a 525 lbs bench press in his early years as a bodybuilder.  NWA TV commentators used to say that powerhouse Lex Luger benched 500 lbs in his peak years.  Not hard to believe since he was seen doing 5 reps with 405 lbs at the WCW Power Plant wrestling school when he was only 235 pounds.  The Ultimate Warrior and the late Kerry Von Erich both claimed a 500 pounds bench press.

Crappy WWF jobber S.D. Jones claimed a 510-pound bench press in his Tony Atlas’s WWE Hall of Fame introduction speech.  Tony Atlas also said in his book that jobber Pistol Pez Whatley also lifted an uneasy 500 pounds.  It is rumored that the late Andre The Giant was witnessed in street clothes, on tv?, at 4 am bench pressing 505 pounds in 1992.

And old-timer French wrestler, Edouard Carpentier said he was the first man to bench press 500 lbs in Montreal, Quebec.  Other suspects are Warlord (gigantic wrestler who “made” 19 reps with 500 pounds on a wrestling show, probably a “work”), Olympian Ken Patera and others that I forgot. 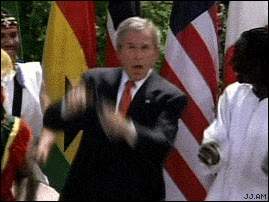 Even President Bush caught on to the bench press fantasy; he is able to bench 185 lbs for 5 reps.  I Just hope that you enjoy this short list of benchers and hope that it’s inspire you to compare to famous people and athletes.