Skip to content
Posted inUncategorized
Posted by By PYGOD October 3, 2012No Comments Powerteam USA were a short lived group of four bodybuilders turned wrestlers in the Southern California wrestling territories in late 1985.

Powerteam USA made their professional wrestling debut in 1985 after being trained by Red Bastien and Rick Bassman and disbanded in 1985.

They went by these pseudonyms: 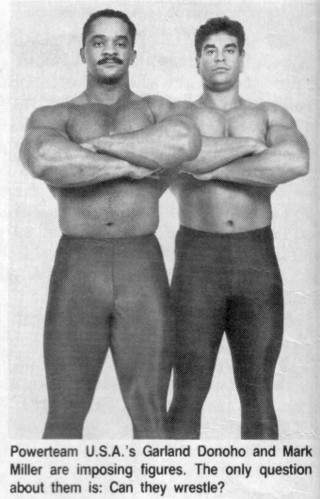 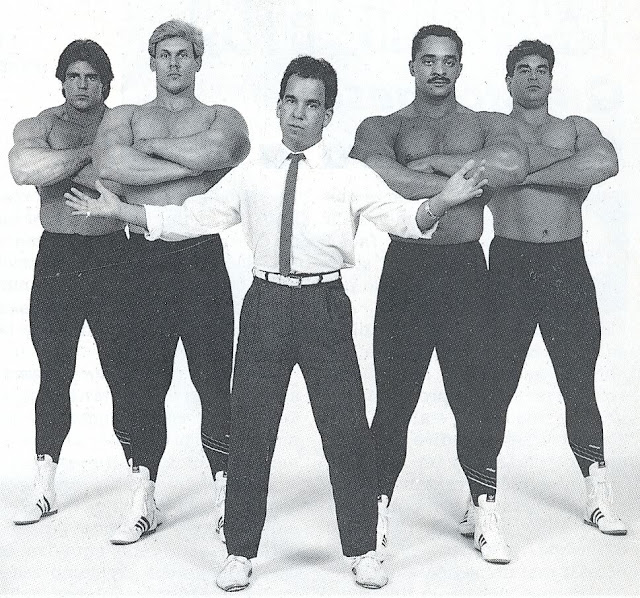 The Blade Runners aka The Freedom Fighters
At a combined weight of 530 lbs, Jim Hellwig and Steve Borden left Powerteam U.S.A. and went on to become The Blade Runners (a Road Warriors rip-off) and the rest is history…

The two most notable memebers of Power Team USA were Warrior & Sting.  While Mark Miller and Garland Gonoho dissapeared from the wrestling world. Jim Hellwig (Justice) and Steve Borden (Flash) formed a team called The Freedom Fighters in Jerry Jarrett’s owned Memphis Continental Wrestling Association for a short time.
Then both stiff young bodybuilders began working in Bill Watts’s UWF in early 1986.  Now known as The Blade Runners under the name of Rock (Jim Helwig) and Sting (Steve Borden).
The team existed in 1985 and 1986. 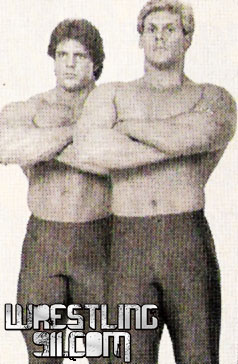 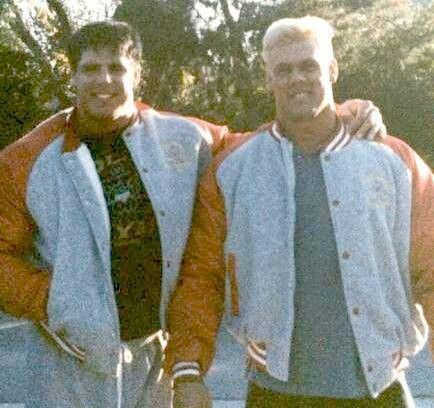 Freedom Fighters Promo (Ultimate Warrior & Sting) – 4:55
Ultimate Warrior was so fuckin’ freaky big on this video!! That was before all that stupid crap wellfare / drug-testing policy. In the 80s and 90s, wrestlers looked like wrestlers. Further proof that wrestling is fake. A old balding 300 + pounds fat man named Phil Hickerson beating the shit out of a young 285-pound of pure muscle Ultimate Warrior. Then after, Sting and The Ultimate Warrior are chased away from the ring by Steve Keirn (Skinner in the WWF)?!?

The WCW Return Of The Blade Runners
Sting & Ultimate Warrior vs Hulk Hogan & Bret Hart – October 11, 1998 What should have been the greatest wrestling reunion and a match of a lifetime between four wrestling all-time greats ended with no build-up at all and a shity pointless finishing… As usual with the late WCW. 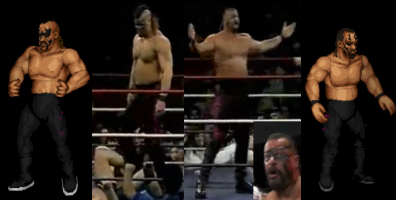