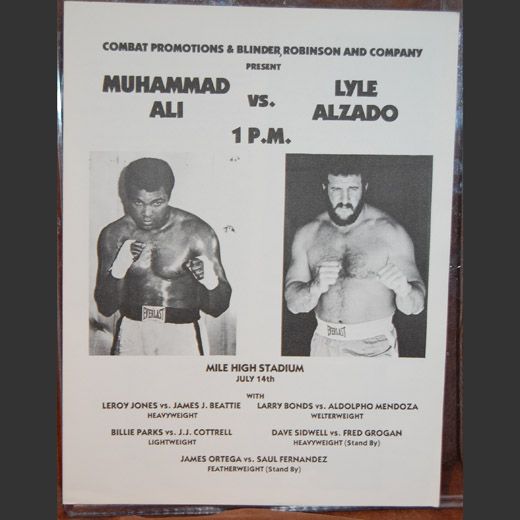 ﻿
It was a nationally televised eight rounds exhibition match between the newly retired 3 times World Heavyweight Boxing Champion Muhammad Ali and NFL football field terror "The Darth Raider" Lyle Alzado in front of 20,000 people.  With an amateur boxing record of 27 wins, Lyle Alzado was contemplating a pro boxing career at the time.  Muhammad Ali is 6'3" and was 234 pounds for the event.  The bigger man, Lyle Alzado was also 6'3" but weighting in about 285 pounds.  Ali was 37 years old and Alzado was 30.