I've always thought "The Brooklyn Brawler" Steve Lombardi was the worst jobber ever. Until I saw S.D. Jones cleanly losing to Steve Lombardi!?! Can you believe it, LOSING TO STEVE LOMBARDI!!!


But after some search on the web, I soon discovered that thing can be much worse for good ol' S.D...

losing to 40 something, 190-pound manager Bobby "The Brain" Heenan

getting squashed by the monstruous King Kong Bundy in record time (It was his time to shine...  Ooops!)

In this Wrestlemania match, S.D. Jones doesn't looks like someone who can bench press 510 lbs like he once claimed.

S.D. Jones said a received a shitload of money to do the job versus King Kong Bundy at Wrestlemania I.  I'm curious to know how much he gets to lose against Bobby "The Brain" Heenan.

I think it was a good idea to create a LJN wrestling figures (actually two) of S.D. Jones.  Since, even while playing, you always need someone to get the job done. 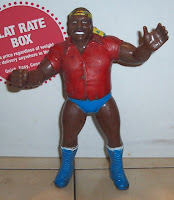 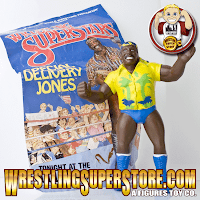 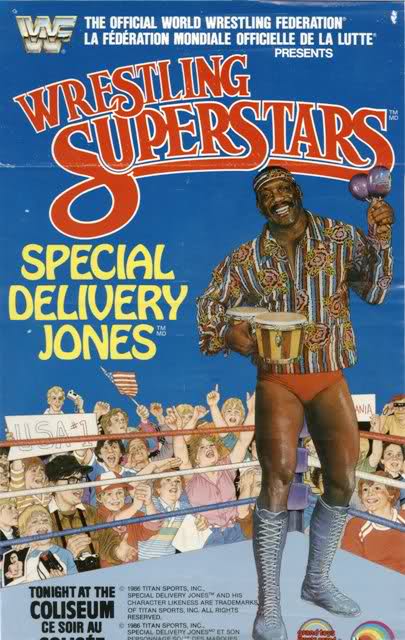 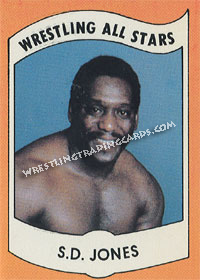 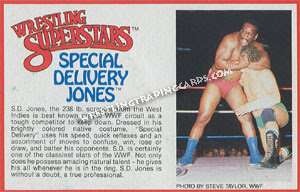 6'1", 238 lbs "Philadelphia's Favorite Son"; "The Man from the Antigua"
S.D. "Special Delivery" Jones
always gave his all but always lose at the end. 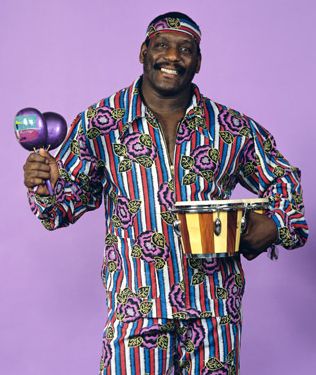 Bet the farm on the little girl Undertaker and The Invisible Wrestler in two matches made in heaven versus good ol' S.D. Jones.

MMA's answer to S.D. Jones: Bob Sapp
...at least, Bob Sapp was hot for a while.
Bobby Heenan Next Superstar Jobber, Sivi Afi
Even worse than S.D. Jones and Bob Sapp combined, Paul Dose
Winless Wrestlers
Salute to the Jobbers