Skip to content
Posted inUncategorized
Posted by By PYGOD March 11, 2014No Comments “The Immortal” Hulk Hogan, 9 times WrestleMania Main Eventer, announces the WrestleMania 30-man Andre The Giant Memorial Battle Royal…
John Cena arrives to make some asslicking to Hulk Hogan… Some Bray Wyatt rocking chair bullshit… The Wyatt Family seems to circle Hogan and Cena to attack them but… a fuckin’ commercial pause. (Since Hogan is a physical wreck it is certainly not in his contract to have any physical interraction with a wrestler) When we comes back the match is on…

The Authority anti-Daniel Bryan speech. Stephanie is really beautiful. What a woman! Woooo!  They realizes that is best for business to not fire Daniel Bryan but they do wants apologize for what happens last week on Raw.

The Shield (Reigns & Rollins) vs. Goldust & Cody Rhodes
Seth Rollins pins Cody Rhodes for The Shield. A very entertaining match with a lot of back and forth. I just hope that dissension among is over.

The Bella Twins vs. Divas Champion AJ Lee & Tamina
I can predict that AJ gonna get pin… Unfortunately not by me!
Indeed AJ took the pinfall for one of the Bellas.


Daniel Bryan speech… No excuse! NO! NO! NO! Then, 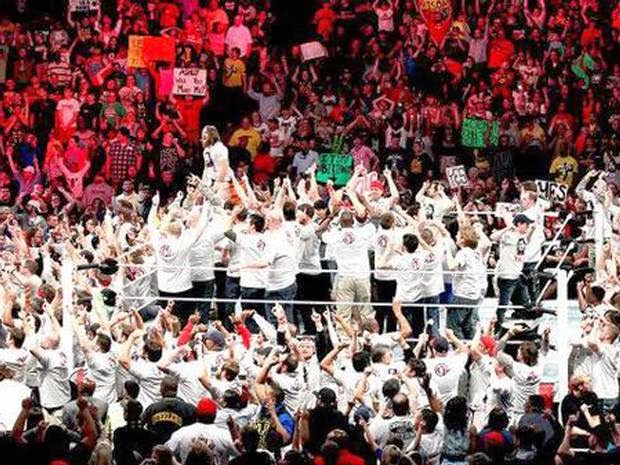 for a Daniel Bryan match vs. Triple H at WrestleMania 30.
The Authority wants the Yes Movement to leave. The Authority sends two bald fat security guards. lol! What they gonna do against one hundred people? The Authority try to regain control of the show. Triple H wants the next match to go. Damien Sandow refuses to get to the ring with so many people in it.

Daniel Bryan gets what he wants. If he beat Triple H at WrestleMania he gonna be in a Triple-Threat match vs. Randy Orton and Batista for the WWE World Heavyweight Championship at WrestleMania.

It was the only way that the WWE could save this year WrestleMania. The Randy Boredom and Bootista match wasn’t appealing to nobody. 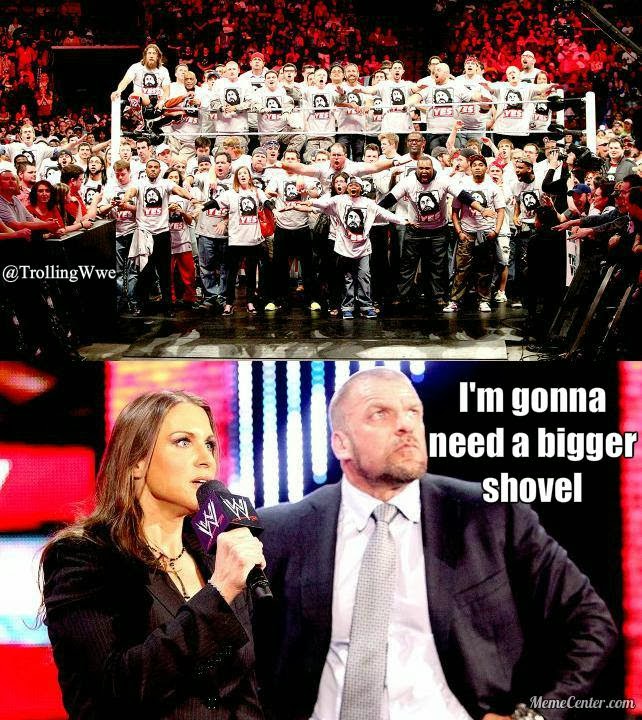 Judging by Sheamus back after the match. It was a good Memphis street fight.  Outch! 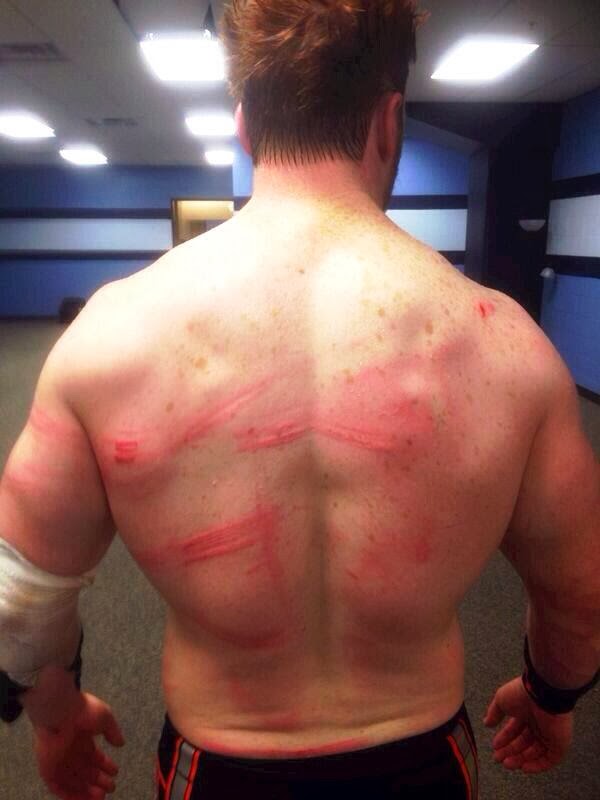 Randy Orton whining backstage to the powerless Brad Maddox about having to team with Batista. 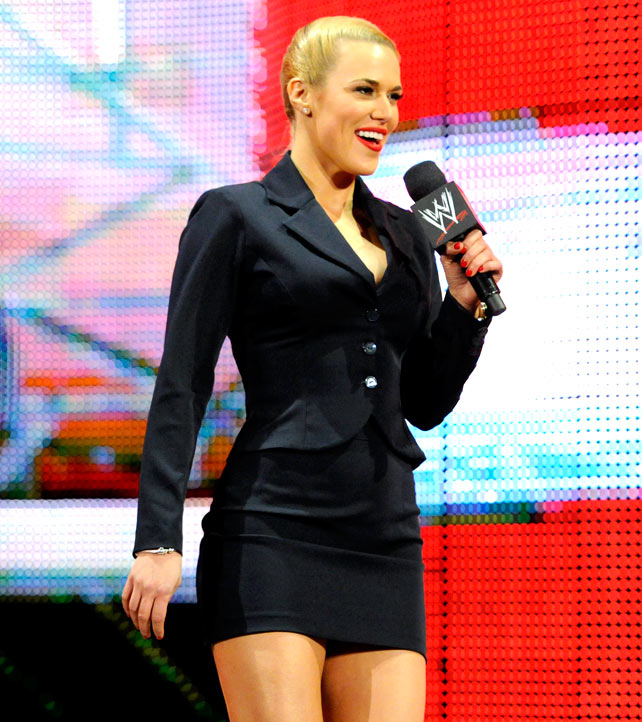