Skip to content
Posted inUncategorized
Posted by By PYGOD June 24, 2013No Comments Before their upset win over fellow jobbers duo The Gladiators (George South & Gary Royal).  The Mulkey Brothers were runnin’ wild at 0-180. 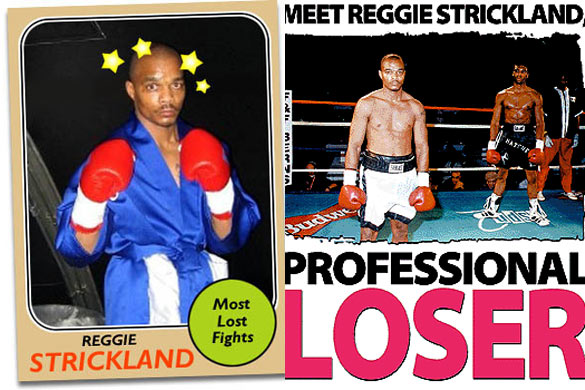 Reggie Stickland, the talented one of the family – 66-276 (25 KO losses)  Has more losses than any boxer in history.
http://www.boxrec.com/list_bouts.php…4741&cat=boxer

Here below are other prolific boxing losers:
http://www.examiner.com/article/history-s-worst-boxer-retires-with-256-losses-de-la-hoya-retires-with-10-titles

+ Ed Strickland: 0-30 with 30 KO losses.  Talk about perfection!  I’ve got a perfect losing record for u.  Look at the guys who he’s fought and got knocked out by a 54 year old Ron Lyle!  Probably related to the other jobber on this list.
http://www.boxrec.com/list_bouts.php?human_id=5958&cat=boxer