We need 8 fighters… Don’t give a damn about the rest.  Just put the obvious three inside The Octagon. Mike Tyson, Alexander Karelin, and Rickson Gracie. 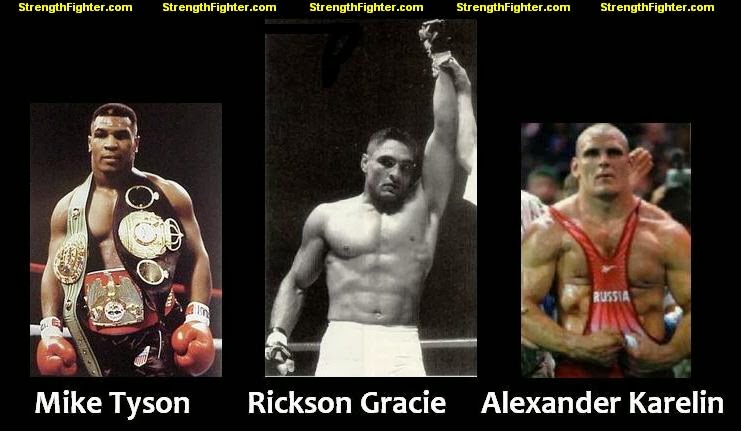 The obvious three world wide famous and legendary fighters are:
(All their stats for the end of 1993, at the date of UFC 1) 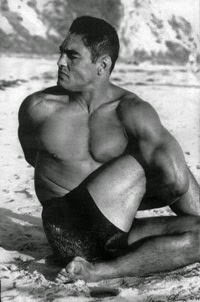 – Started competing at 6 years old
– Started teaching at 15
– Received his black belt at 18
– Won his first match at 20 against the feared Rei Zulu
– Claims going undefeated in hundreds of fights. But only two of his fight are official – two victories against Rei Zulu – the other are practice and amateur bouts. 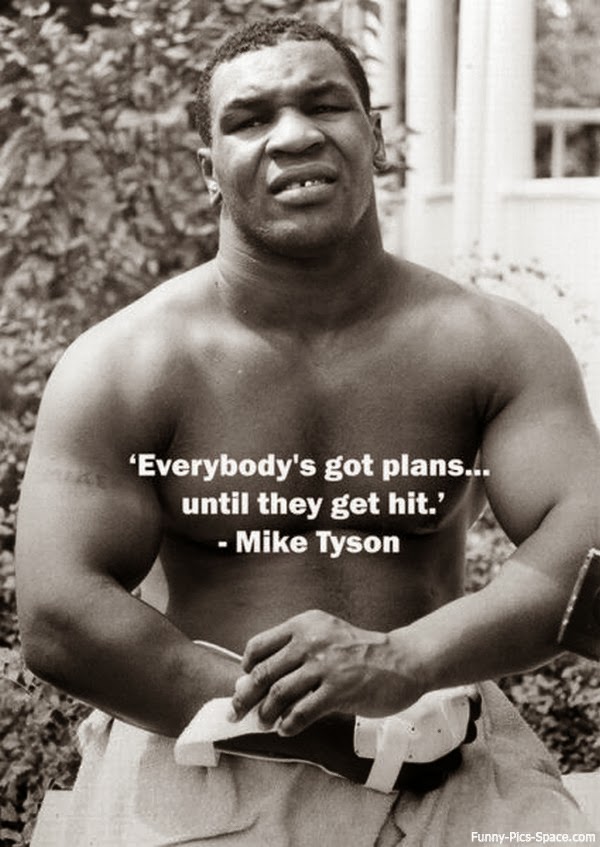 – His coach convinced him to wrestle at the age of 13

All were in their prime in 1993, but it would have take several millions of dollars to put Tyson and Karelin outside of their confort zone.  And Rickson Gracie in The Octagon, he would be like a fish in water, but he commands $1 000 000 per fight.

If it was to happens, reunite these three combat sports icons in the same cage, the same night. UFC 1 would have been World War III literally. However, I don’t think a measly $50,000 first price wouldn’t be enough to bother these three titans.

My picks:
Mike Tyson was a feared and intimidating boxing machine with one-punch KO power. However I think that Tyson wouldn’t had that much of a chance of winning the first UFC tournament. Since he is a pure one-dimensional stand-up puncher. Tyson doesn’t kick, wrestler or grapple. History proved us that boxers sucks at MMA.


Rickson Gracie was always billed as THE best fighter of the Gracie family. However, Rickson never proved anything in the real world. Aside from beating a couple of Japanese pro wrestlers, Rickson have no real MMA world credential. So I don’t think he would have fare any better than his brother, the amazing Royce Gracie. Anyway, of the three, Rickson is the most complete and the best suited fighter for MMA.


Alexander Karelin was a beast, a freak, and a phenom. But what about sending him in an MMA tournament like UFC 1? Yes, Karelin is a monster of a man but Greco-Roman wrestling is limited by nature. In Greco-Roman wrestling you can only attack the upper body. Could he strikes and kicks? His only MMA/pro wrestling match was a boredom. However, pure grappler will always gets the upper hand against a pure striker.

If I looks at the success that the early UFC’s wrestlers (Dan Severn, Don Frye, Mark Coleman, Mark Kerr) had. I may conclude that Alexander Karelin -the greatest Greco-Roman wrestler of all time- would have ruled with an iron fist, maybe.

WWE Network better than your girlfriend