Skip to content
Posted inUncategorized
Posted by By PYGOD April 22, 2012No Comments 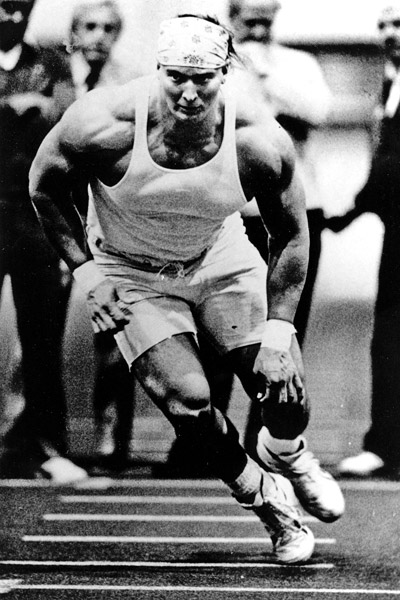 Tony Mandarich was certainly big and strong enough to rip your head off!!
TONY MANDARICH vs. MIKE TYSON
NFL Football vs. Boxing 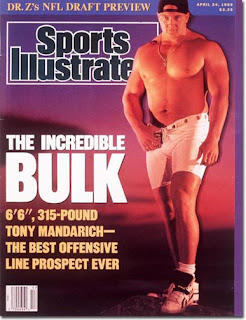 ﻿ In 1989, Tyson’s people saw the huge and shirtless Tony Mandarich on the cover of Sports Illustrated and offered him $5 million to fight then–undisputed and undefeated Heavyweight Boxing Champion Mike Tyson.  But Tony Mandarich wanted $10 million to fight Mike Tyson.  A really good deal for a fight, since Mandarich would have to play football for six, seven years to earn that kind of money.  But in my view, as explaned below by Mandarich himself, it was just a brilliant publicity stunt to effectively get more money out of his NFL contract.

But several people just like myself would have loved to see Tyson vs. Mandarich.  I love freak shows!

Here is his explanations about the Tyson fight:
“Well, Lou Duva [Tyson’s trainer] and Shelly Finkel [Tyson’s manager] came to me right after the SI cover. They said, “Would you be interested in fighting Mike Tyson?” And I said, “Of course I’d consider any offer.” Lou Duva worked with me in the ring, and he said, “We need about nine months of training, and you’ll be ready to do it. The fight won’t last three rounds, and only one of two things will happen: You will kill him, or he will kill you.” So they went back to N.Y. in late August and made an offer of $5 million. Then, I was thinking, “I’m going into the ring with a killer at the top of his game. He’s probably going to destroy me. So I better get paid for it.” I asked for more money, which helped put pressure on the Packers to get my contract done, and that’s what happened. And we never talked about it again”. (source 1)

– THE HARDEST PUNCHERS IN BOXING HISTORY