Skip to content
Posted inUncategorized
Posted by By PYGOD February 21, 2016No Comments I’m against violence and cruelty to animals. In fact I like animals more than I can appreciate human beings in general. However my lifelong fascination with Combat Sports pushed me to read and search about the professional fighting bears.


It seem that the bear is the only animal who can consistenly fight with human beings. Bears seems to be natural boxers and Greco-Roman wrestlers using only their upper body when they fight.


Nonetheless our ursine fighters usually undergoes a couple of body modifications to be able to compete without killing the assclowns who fight them. They suffered from a combination of having their teeth and claws removed, being muzzled and fitted with mitts, being drugged or the most grossly cruel, having their leg and arm tendons cut.


Now I will present you some of these notable pugilists.

Despite being de-clawed, de-fanged, muzzled and drugged out of his mind. Victor could still throw down anyone, including famous pro wrestlers and freestyle wrestlers, inside of one minute. Victor always celebrate his victory with a bottle of Coke.


Victor was defeated at least once. A well-hidden fact never admitted by his trainer Tuffy Truesdell. His trainer / handler Tuffy Truesdell was protective of Victor’s record, it was because he depended on the bear to make a living, and an undefeated force of nature, a creature so dominant that no human could ever dream of bringing down, is an easier attraction to sell than a bear that only wins most of the time. 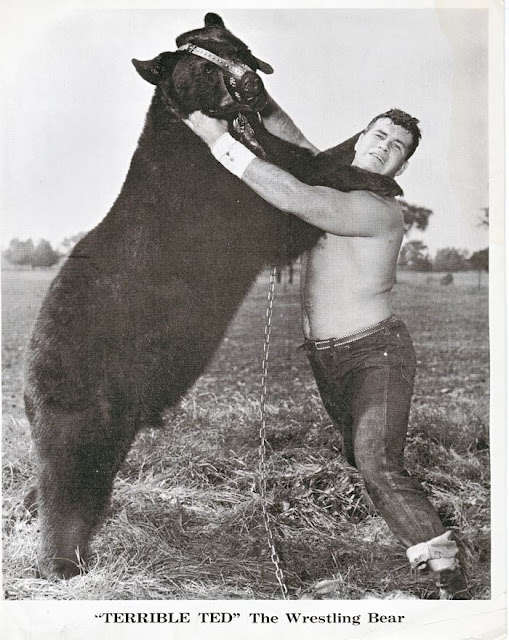 Queen Victoria was so impressed with Battling Bruno’s exploit of knocking out the infamous boxer “Gentleman Jim” that she gave Bruno the Knight of the Royal Bath (an important Royal coronation) and requested that he was stuffed when he died. 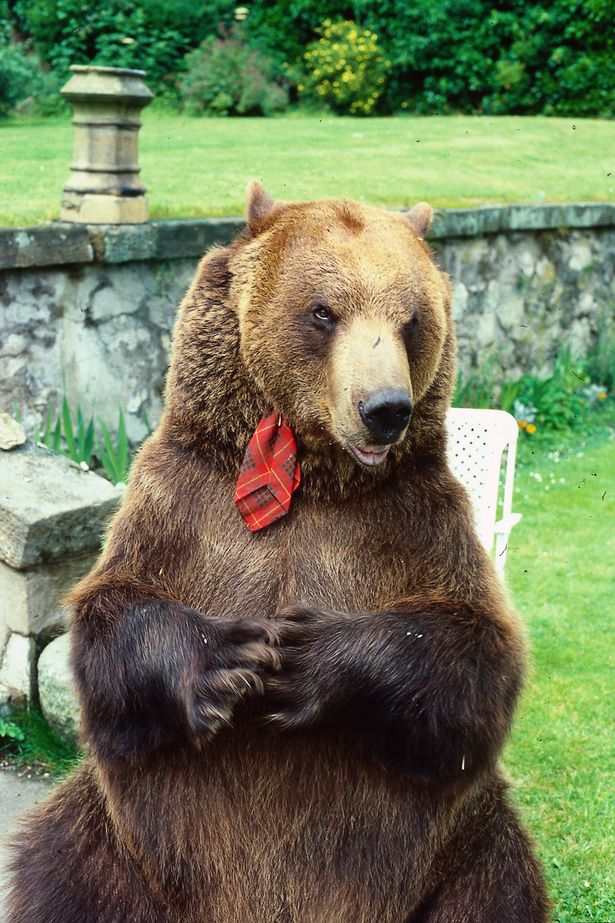 Billed as being “stronger than Superman, heavier than The Incredible Hulk.”


TYPE: Kodiak Grizzly
WEIGHT: 650-780 lbs
RECORD: 1000-1
MANAGER: Dr. John Sladek
Supposedly has a full set of fangs and claws and has never wrestled in a large venue. I doubt it. 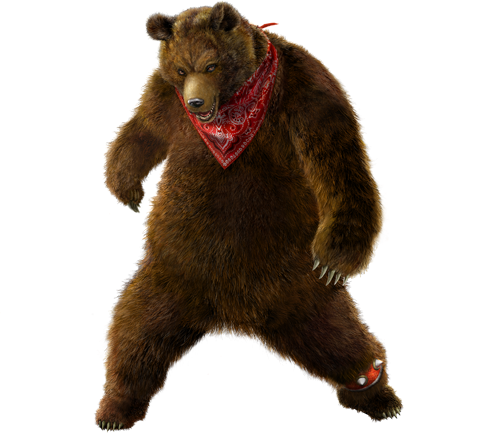 
Evidently I always root for the bear to pummel the motherfucker who dare to face him!!


Right now, I seriously think about adding a bear to my utopic stable of SLAUGHTERSPORT Combatants.

50 Cent stealing from The Undertaker