Skip to content
Posted inUncategorized
Posted by By PYGOD August 17, 2014No Comments 
Ric Flair states that Randy Orton is THE man, the best performer in the world.

John Cena is ready to take “the beating of a lifetime”. Come and get some!

Excellent promo for the John Cena vs. Brock Lesnar match. 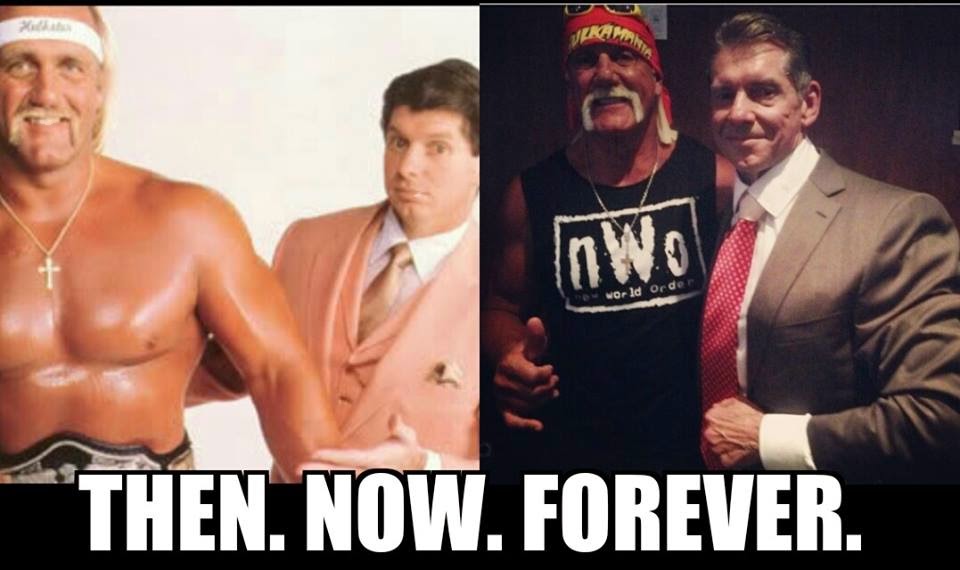 The Miz (c) vs. Dolph Ziggler for the WWE Intercontinental Championship
I like The Miz new gimmick… F-lister celebrity. lol… Dolph Ziggler won the title. What? 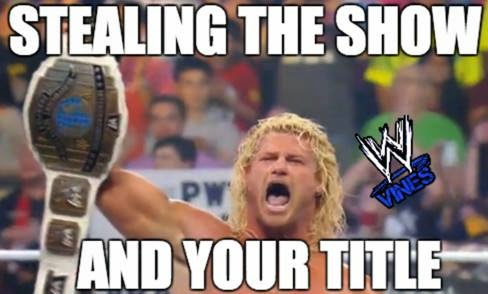 Jack Swagger vs. Rusev Flag match
Lana is particuliarly beautiful dressed in white with her tan and blond hair… Swagger attacks Rusev before the match…  Swagger receives a HUGE pop… Loud USA chants and WE THE PEOPLE chants… Rusev wins when Swagger is passing in the Acolade / Camel Clutch. A very good match. An entertaining wrestling card for the moment.

Dean Ambrose vs. Seth Rollins Lumberjack match
Seth Rollins wins with a fuckin’ briefcase to the face of Dean Ambrose. I agree with the audience. A “This is awesome!” kind of match. 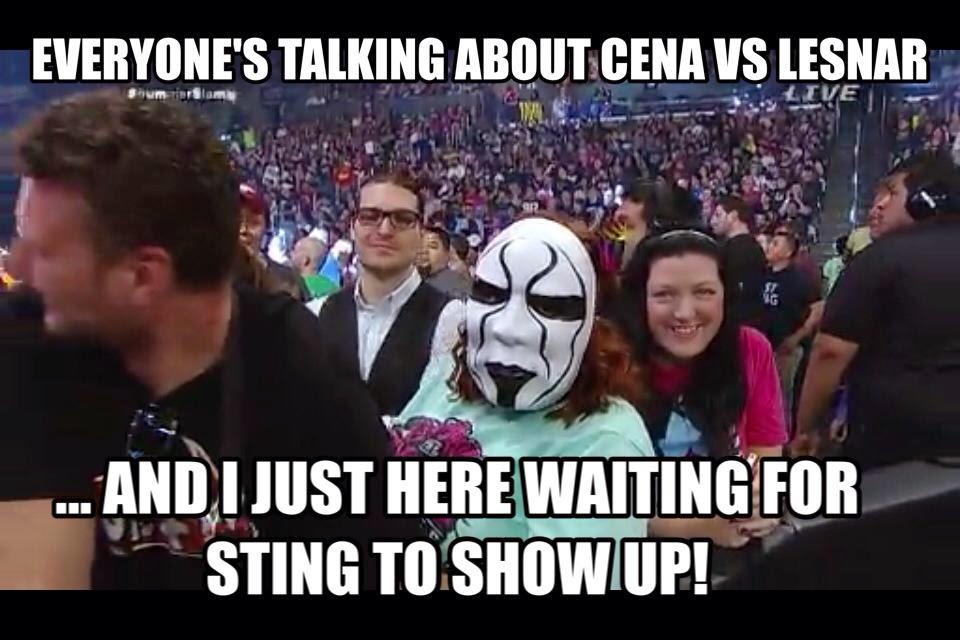 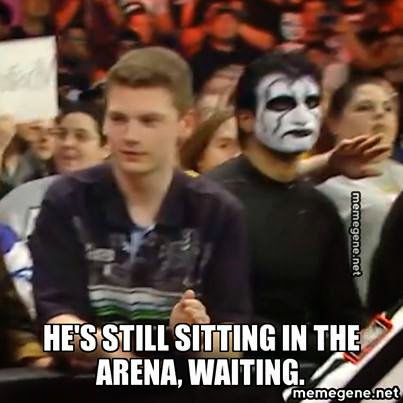 
Brie Bella vs. Stephanie McMahon Singles match
“You still got it!” chants and cheers for Stephanie McMahon… Stephanie wins when Nikki Bella turns heel on his twin sister Brie. By the way, Triple H was knocked down for almost a minute by a Brie Bella kick?!?

Randy Orton vs. Roman Reigns
SummerSlam was great until that match… Chinlocks festivals… A slow start but nonetheless an interesting match… Roman Reigns wins with a spear. 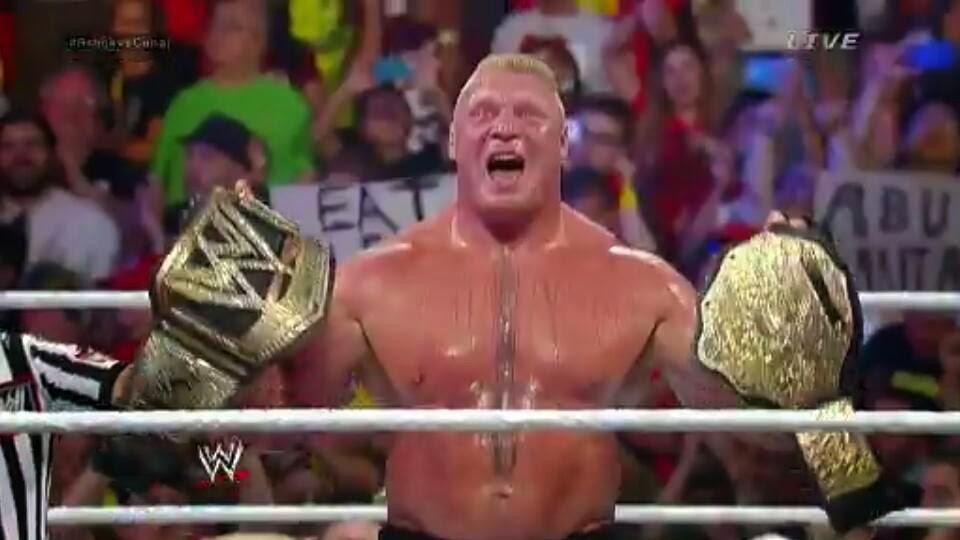 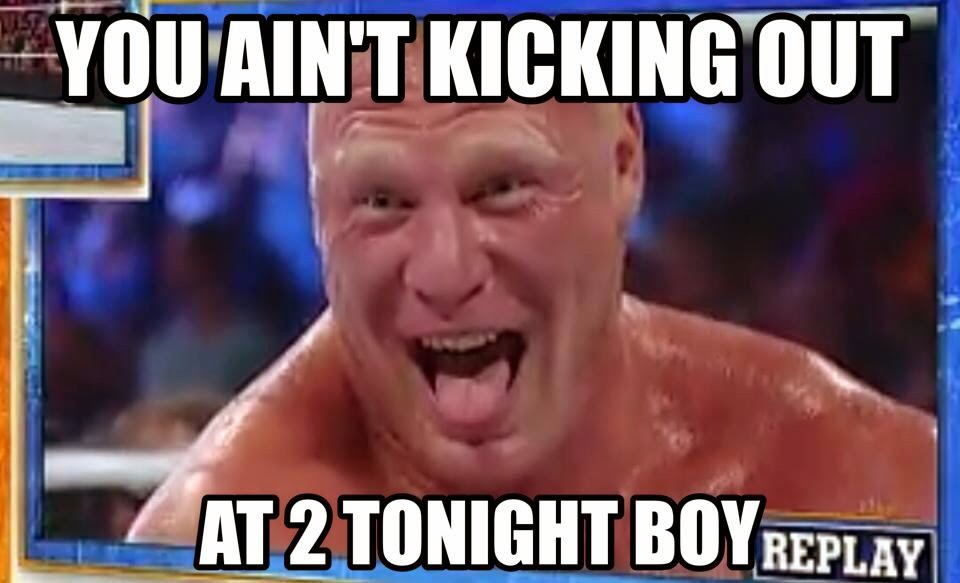 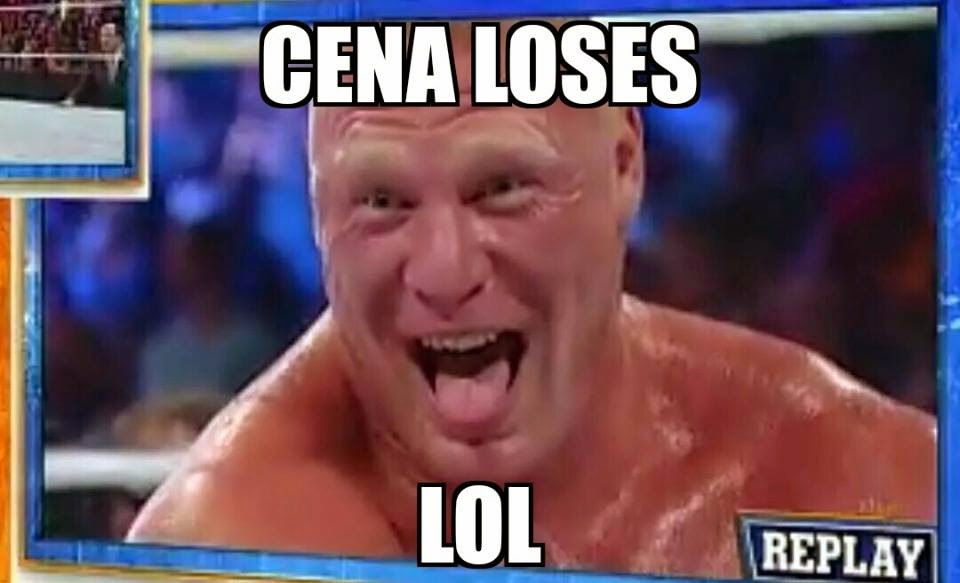 It was a one-sided destruction like never seen before…
2 F-5, 16 German suplexes, several punches…
Brock Lesnar all the way, it wasn’t even close.
Brock Lesnar just toyed with his hapless opponent!!!


I hope all Cena’s haters enjoyed this. And I wish a nice rehabilitation to John Cena following this wreck courtesy of BROCK LESNAR.

Now let’s set the table for…

The Rock vs. Brock Lesnar
at WrestleMania 31

Part-timers with crossover / mainstream appeal are best for business. And I’m not talking about The Miz here.