Skip to content
Posted inUncategorized
Posted by By PYGOD November 15, 2013No Comments The Wyatts vs. The Usos
I just hope that the Wyatts will kill those damn Usos!!!
The Wyatt Family won.  An excellent, competitive match.  The Usos are very good wrestlers, I don’t know why I hate them so much!  Thankfully, the Wyatts destroyed one of the Usos after the match.

Arm Wrestling Challenge: Alberto Del Rio vs. John Cena
Another pointless, shitty, scripted arm wrestling match!!!
This one seems realist.  Cena with his much bigger arms and forearms and his larger hands quickly defeated Del Rio two-time in a row in a flash.  However, Del Rio got the last word sucker punching Cena and spinebustered him through the table.  ADR is built into a A+ heel player.  The perfect antagonist for Cena. 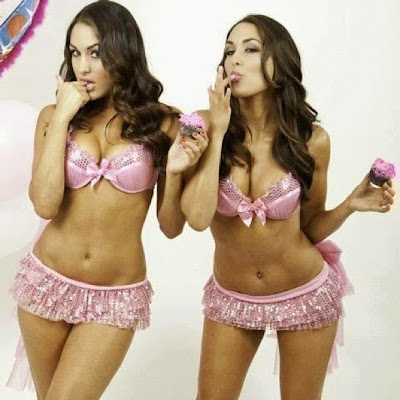 Handicap match: The Great Khali vs. Unico & Camacho
They finally decide to re-push Great Khali, at least to a descent level.  A 7’0″, 420-pound former world champion shouldn’t be jobbing to jobber 3MB hero Heath Slater and ballroom dancer Fandango!!  Khali squashed both jobbers in a very short time.  Then Khali celebrated with clumsy dancing.  Camacho is the son of one of the toughest men in wrestling, Haku / Meng.

CM Punk & Daniel Bryan vs. Ryback & Curtis Axel
Daniel Bryan had Ryback in the “Yes lock”.  The lights goes out.  The Wyatt are in the ring when the lights opened but Punk and Bryan disappeared.  So, instead of kicking Punk and Bryan, the Wyatts destroyed Curtis Axel and Ryback.  It was nice to see!  But the two sneaky bastards (Punk & Bryan) were hiding under the ring.  They reappeared to throw a single kick to each of the Wyatts then ran away from the ring to the dressing room!!