Skip to content
Posted inUncategorized
Posted by By PYGOD August 18, 2013No Comments


I’m only in this event for two thing: Brock Lesnar vs. CM Punk.  I just hope that Brock Lesnar will win and, if possible, destroy CM Punk.  Logically, a 34 years old undernourished squeegee “kid” who used to panhandling and sucking cocks for a living doesn’t have a shadow of a chance to even hurt a 280-pound powerhouse and legit UFC CHAMPION!!!  Stop the bullshit and let “The Beast” destroy the weak squeegee junk.  The destruction of the undersized weaklin CM Junk would be an excellent build-up for a Billion Dollar WrestleMania match between Brock Lesnar and The Rock.  The two biggest box-office moneymakers of the wrestling world.  Both superstars built are huge mainstream attractions out of the wrestling world.

My second interest into this event is the WWE championship match between WWE champion John Cena and the ugly leprechaun troll Daniel Bryan.  What is more important about this match is the after-match.  It would be the perfect moment to cash-in the Money In The Bank for Randy Orton.  And maybe we will see the return of a Vince McMahon’s corporate champion?  It would be fuckin’ great!!  Vince McMahon wants his WWE champion to have ruthless aggression.  The Apex Predator would the perfect choice. 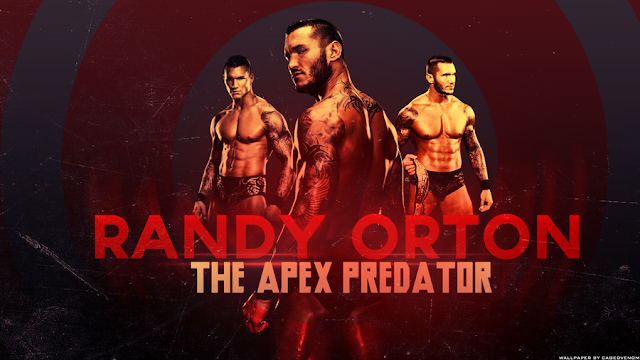 Fire match: Bray Wyatt vs. Kane
Bray Wyatt won his debut match vs. Kane in a Fire match.  Thankx to the help of his two ugly smelly redneck henchmen.  Then the unholy trio procedes to crush Kane’s head between two metal set of stairs.
Shawn Michaels looking like a piece of crap like usual.  With a long greying beard and with clothes that would made him a member of the Wyatt Family.  No more sexy boy!  The guy looks like shit!!
The fuckin’ Paul Heyman talking shit… zzzz
Damien Sandow vs. Cody Rhodes
On s’en calisse!  Time to take a poop!  End this fuckin’ match, please!  Thankx this fuckin’ dull and uninteresting match is over!  Cody Rhodes won and Damien Sandow lost one more time.  Why did they gave the MITB to this loser?  Probably to push Ugly Rhodes.
World Champion Alberto Del Rio vs. Christian
Christian tapped out to ADR’s cross armbreaker.  I’m fine with it!
Natalya w/ The Fuckadactiles vs. Brea Bella w/ Nikki Bella & Eva Marie
The Bella Twins are particularly fuckin’ hot tonight.  Will this fuckin’ match end anytime soon?  Natalya won.  Good thing, the match is over.  What a waste of time!
Ryback terrorizing a 150-pound geek cook backstage???  Pointless crap to put on a Pay-Per-View.
Fuckin’ boring CM Junk / Paul Heyman feud recap?!?  To this date, SummerSlam is as dull as a bad Smackdown episode.
I can’t endure two more hours of this shit!!!
Oh Yes!!  Finally THE MATCH!!!
Brock Lesnar vs. CM Punk in a No DQ
It was about time something interesting happens.
Brock Lesnar won.  A very good match!  My hats off to both competitors.  CM Punk even kicked the shit out of the fat walrus (Paul Heyman)’s skullet!
Another good way to remind the world that wrestling is bogus bullshit!  To earn SummerSlam ticket, a young fan got splashed by Mark Henry and he actually survive the 400-pound splash!!!  Why not an Undertaker’s Tombstone next time!  Just to expose the business a little more.
Dolph Ziggler & Kaitlyn vs. Big E. Langston & AJ Lee
Time to take a pee.  I didn’t give a flying fuck about that match!
Ziggler and Kaitlyn won.  On s’en calisse!
The Miz smackin’ Fandango backstage.  Chouuuu!
WWE champion John Cena vs. Daniel Bryan w/ Triple H as guest referee   John Cena is booed and the troll is cheered.
Oh no!  The fuckin’ troll won!!!  BEUUUURK!  And a John Cena goodie two shoes shaking hands with Daniel Bryan and Triple H!!!
Where is Randy Orton?
Thankx god, Randy Orton came to the ring…  Will he cash-in?…  YES! YES! YES!  Triple H puts the Pedigree on the ugly vanilla midget.  Randy Orton cash-in and
RANDY ORTON IS THE NEW WWE CHAMPION!!!!
BOW DOWN TO THE KING TRIPLE H!!!
And thankx Vince McMahon the fuckin’ Daniel Bryan is not your WWE Champion. 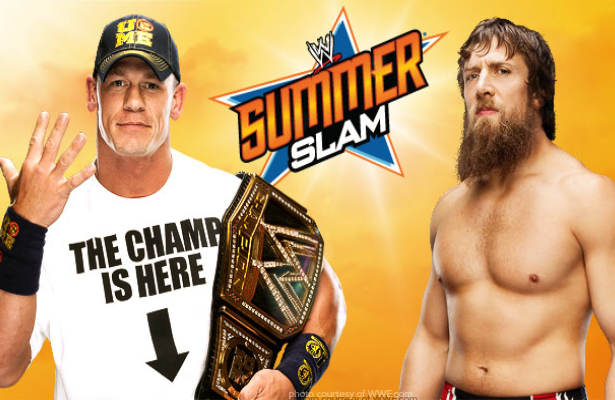