Skip to content
Posted inUncategorized
Posted by By PYGOD October 9, 2012No Comments 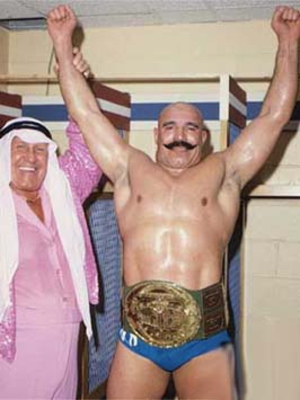 Following a series of rematches with Hulk Hogan, the Sheik moved on to the tag team ranks, and later the ranks of low-mid card wrestler. To this day, the Iron Sheik still proclaims himself as the greatest world champion of all-time and the maker of the Hulkamania.  The always colorful Sheik stated: “Everybody know I made Hulk Hogan to be the Hulkamania. Without Iron Sheik there was no Hulkamania”. 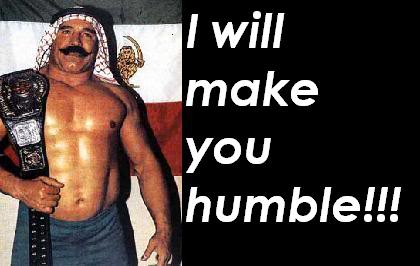 Face vs. face wasn’t an option at the time.  And Bob Backlund refused to turn heel and didn’t wanted to lose his beloved title to a wrestler without a legit amateur wrestling background.  The Iron Sheik fits the bill.  He was a foreigner, a heel, and a scientific wrestler.  The perfect transitional wrestler between the old-school Backlund era and the birth of the Hulkamania.

Hulk Hogan vs. The Iron Sheik: The Birth of Hulkamania

Hulk Hogan vs Andre The Giant Tale Of The Tape