Skip to content
Posted inUncategorized
Posted by By PYGOD April 28, 2014No Comments A gladiator (Latin: gladiator, “swordsman”, from gladius, “sword”) was a well-trained armed fighter with distinctive armor and weapons. Gladiators were mostly slaves and criminals. They were
trained in different methods and fighting styles. Their styles would
also dictate their armour and weapons. Gladiators fight for survival,
fame, money and ultimately to receive the wooden sword “rudis”
symbolising that they have won their freedom.

Some gladiators were volunteers who
risked their legal and social standing and their lives by appearing in
the arena. Most were slaves or criminals who fought for their lives and freedom in a combat.

The Gladiator games originated during the Roman times. In
their times people would go to the Colosseum and arenas to watch their
favorite Gladiators battle each other. The gladiators entertained audiences in the Roman Republic
and Roman Empire in violent confrontations with other gladiators, wild
animals, and condemned criminals or a re-enactment of famous battles.

Though the name Spartacus has become directly
related in the public consciousness with gladiatorial sport, one of the
most impressive careers on record appears to belong to Flamma

Flamma was one of the most famous gladiators of Rome, he was trained as a Secutor. It is said that he fought in the arena thirty four times. His Gladiator record was 21-4-9, however, even more impressive than his record was the fact that he won the rudis four times but still remained a gladiator instead of a freeman.

The rudis was the right to walk through “the gate of life,” i.e. to exit the stadium with all the rights of a free man.

Extremely few gladiators received more than one rudis. Despite being awarded the rudis no less than four times, Flamma, as a true warrior, chose to remain a gladiator and persisted in fighting until his death at 30 years old.

The gravestone of Flamma of Syria, in Sicily, details the following information:

“Flamma, secutor, lived 30 years, fought 34 times, won 21 times, fought to a draw 9 times, defeated 4 times
a Syrian by nationality.”
The gravestone also holds the entry “Delicatus made this for his deserving comrade-in-arms”. 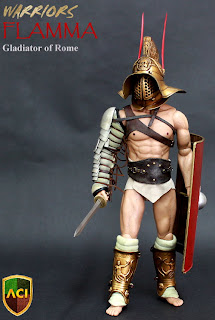 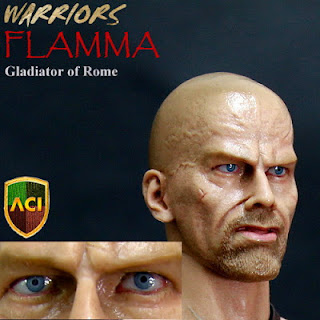 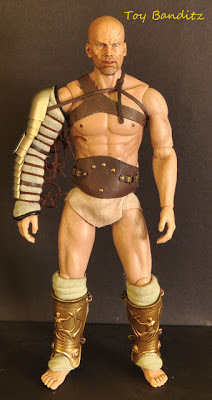 THE BEST FIGHTER OF ALL TIME
Theagenes of Thasos: The Greatest Boxer That Ever Lived?