While searching the net for some needed inspiration for new articles. I ended on some WWE NWO stuff. When Hulk Hogan, Kevin Nash and Scott Hall came back to WWE to destroy it just like they did in WCW. Inspired with this, plus the entire WCW/NWO angle and more recently the Nexus invasion angle. I thought to myself which fighters/wrestlers could invade and dismantle a wrestling roster all by themselves? Yeah right! The shooters.

Inspired by the chaos and rampage caused by the NWO and Nexus.
I’ve decide to create my own wrestling/fighting stable/federation. 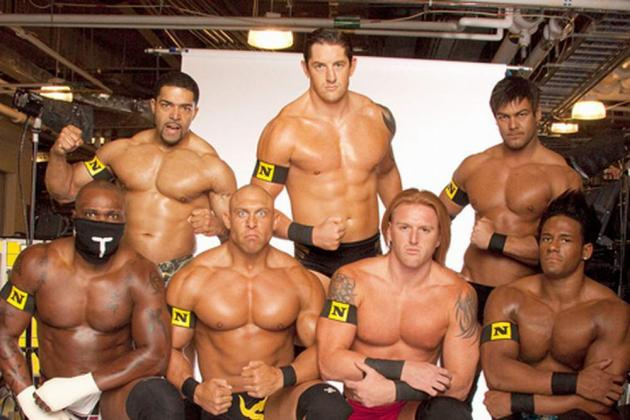 Some of my all time favorite wrestling gimmicks are the shooters (legit ass kickers) and the strongmen (with the World’s Strongest Man moniker). Since strongmen aren’t infallible in fighting. I’ve turned my attention to more suited candidates, the shooters/asskickers. Since I’m a lifelong wrestling fan. It was imperative to me that my real world asskickers be pro wrestlers. Preferably WWF/WWE former or current wrestlers. And if I want real invaders, raiders and conquerors from the scripted world of pro wrestling. I wants shooters!  I want the best crossover MMA fighters / pro wrestlers that this business have ever seen.

P.S. (All fighters bio are made while at their peak. Coming to the WWE after championship reigns in the UFC.) 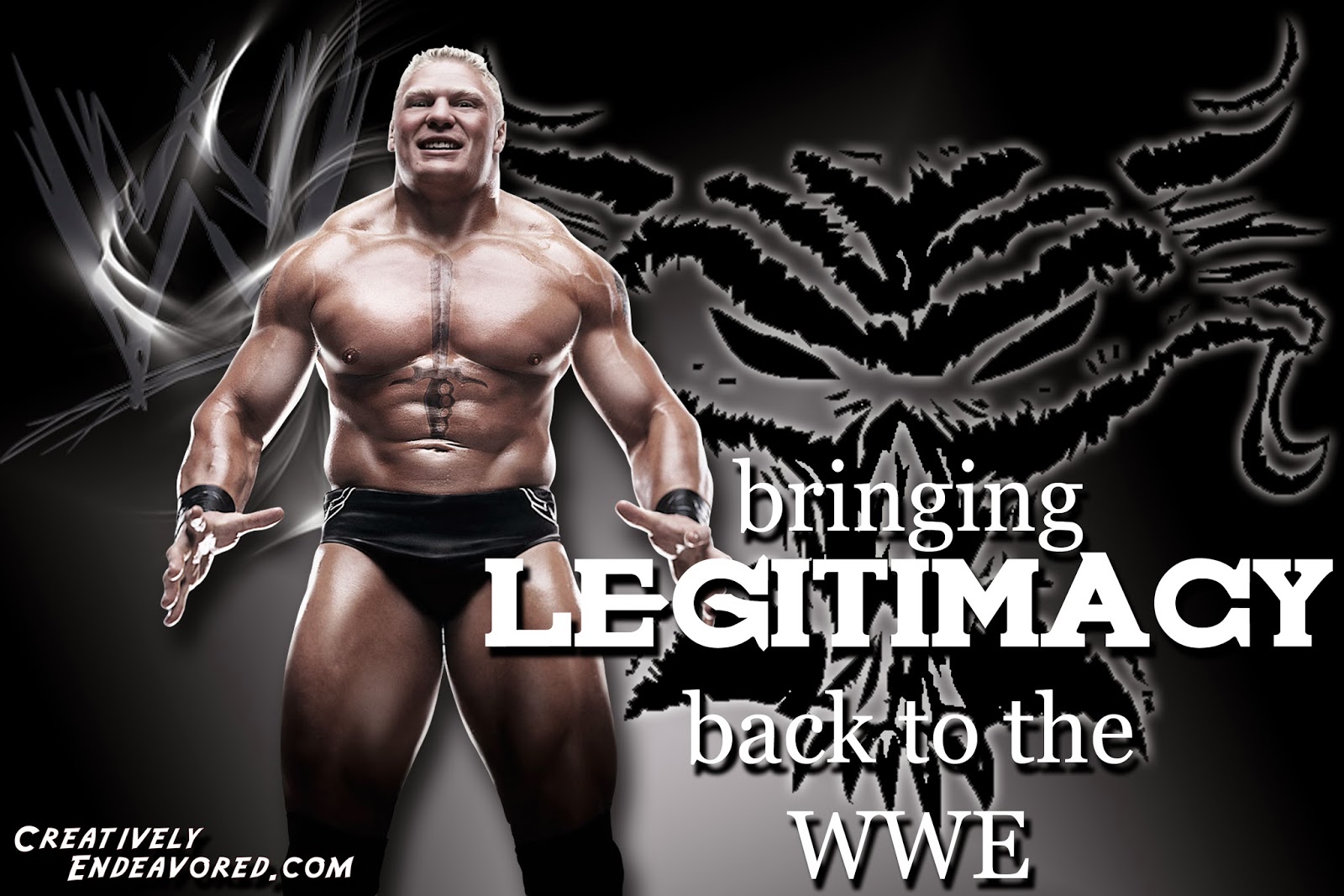 Ranked the #1 Heavyweight in the Big Ten Conference (2000)

Lucrative WWE contract:
In April 2012, Brock Lesnar signed a lucrative $5,000,000 one-year contract with WWE to fight in next Wrestlemania. Lesnar will make about 35 appearances throughout the year leading to Wrestlemania XXIX.
(Lesnar signed a two-year renewal before that deal expired.)

Brock Lesnar returned to WWE on the April 2, 2012 episode of Raw, confronting John Cena and attacking him with an F-5. The next week, General Manager John Laurinaitis revealed that he signed Lesnar to bring “legitimacy” and become the “new face of the WWE“. 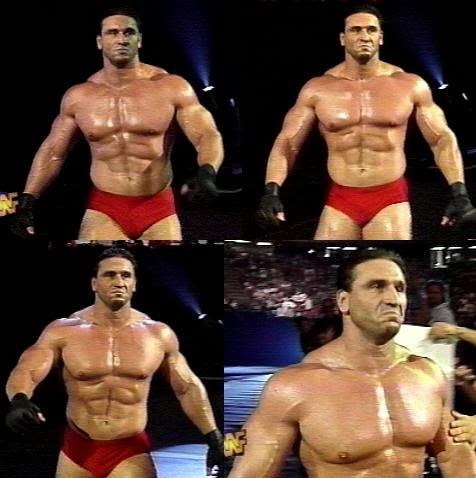 Ken Shamrock made his WWF debut on the February 24, 1997 episode of Monday Night Raw. On March 23, 1997, Shamrock, identified as Ken Shamrock and billed as “The World’s Most Dangerous Man”—a name given to him by ABC News—refereed a submission match between Bret Hart and Steve Austin at WrestleMania 13.

Shamrock left MMA for professional wrestling signing with the World Wrestling Federation. Shamrock left MMA while he was seemingly at the top of his game; he was in his prime and he was at this time considered by many to be one of the best fighters in the world. 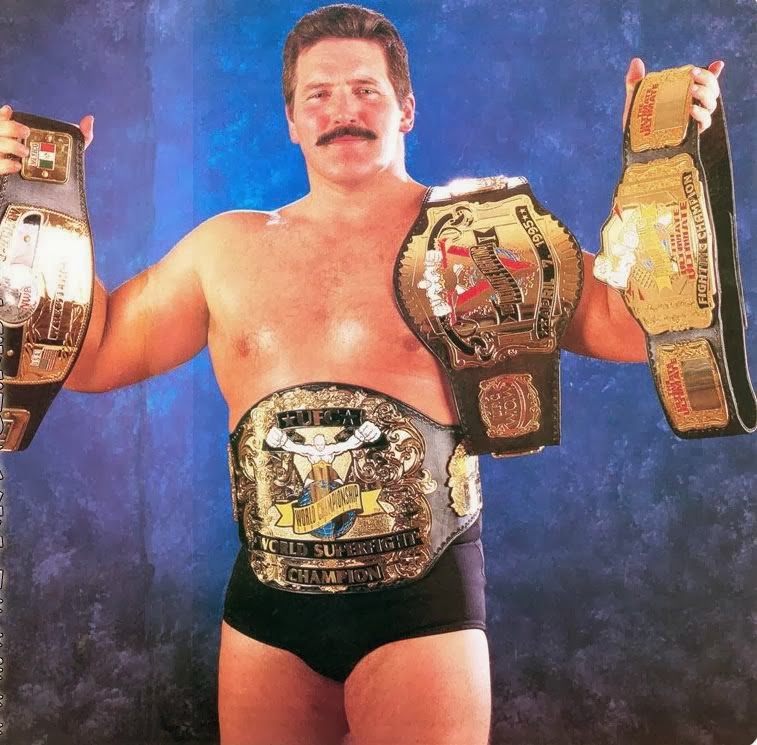 Triple Crown Champion (The first and only in UFC history)

World Record Holder of 13 Championship Belts
In 1995, Severn captured the NWA World Championship while he was the reigning UFC
Superfight Champion, becoming the first and only man to hold a mixed martial
arts and professional wrestling title simultaneously.

As NWA World Heavyweight Champion, Dan Severn appeared in the World Wrestling Federation (WWF) in 1998 during a storyline where the NWA invaded the WWF.


All are UFC champions. All are accomplished pro wrestlers. All are overqualified for the job. All are at their fighting peak. All are coming to the WWE after reaching the top of the MMA world. Brock Lesnar is 34, Ken Shamrock is 33, and Dan Severn is 39.

Now imagine the carnage my three fighters could do during an invasion angle! I would send my Shooters Stable to TNA Wrestling so they could destroy it once and for all! The only resistance my fighters would met is Kurt Angle. But Kurt Angle is 45 years old and my fighters are at peak age. And remember Tough Enough when Kurt Angle was clueless in Daniel Puder’s Kimura Lock. Now imagine Kurt caught in the same hold by “The Beast Incarnate” Brock Lesnar! Crack! I can heard the broken bones in his arm! … Who else? Samoa Joe is a joke!.. Sting? Please, don’t make me laugh! 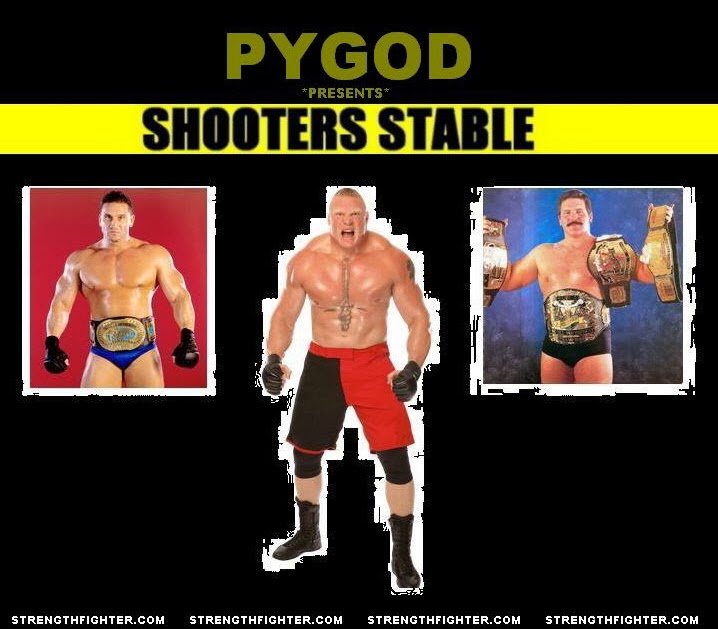 Dare to accept my open challenge. My three guys against your three guys. My Shooters Stable will take on everybody and will destroy anybody in the world!

Leaves comments if you are fool enough to think that you have a better combo.

Daniel Bryan is so over that…