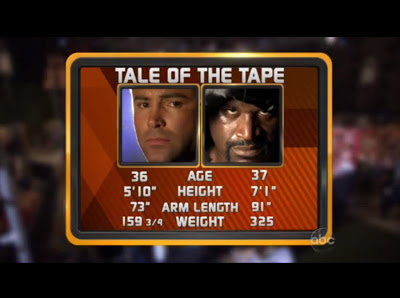 A very entertaining brawl between the giant Shaq and ‘Sugar’ Shane Mosley.

It was a TV serie in which NBA star Shaquille O’Neal challenged the best athletes of several sports at their own sport and was soundly defeated by each and everyone of them. Too bad for Shaq pride. Nonetheless the show was a rating success.

You also want to see: