“WWE always listens to their fans”.  MY ASS!!! I think I heard some boooo.

Instead of re-writing what I’ve already said in my Royal Rumble results post.  I will show you some Twitter’s posts from ex-WWE superstars, Daniel Bryan himself and some disgusted wrestling fans all over Facebook. 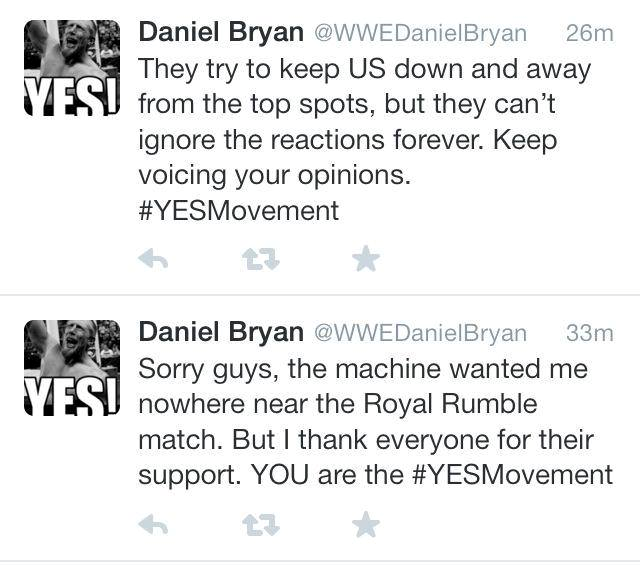 Jordan C. Mercado I still watch out of loyalty & hoping they will make the best decision but instead, WWE keeps dropping the ball with their (real) fans. The whole Cena/Orton/Batista thing is so mid 2000’s. Guys like Bryan/Reigns/Punk/Ziggler/Bray deserve to main event now.

Mindy Shulman Aint that the truth. Such a disappointing PPV. I love Batista but I am not a fan of someone coming back and winning right away.i have never heard so many booos throughout a PPV.

Maybe it’s time for Vince McMahon to take more active duty into his own company and lease some power away from Stephanie and Triple H.